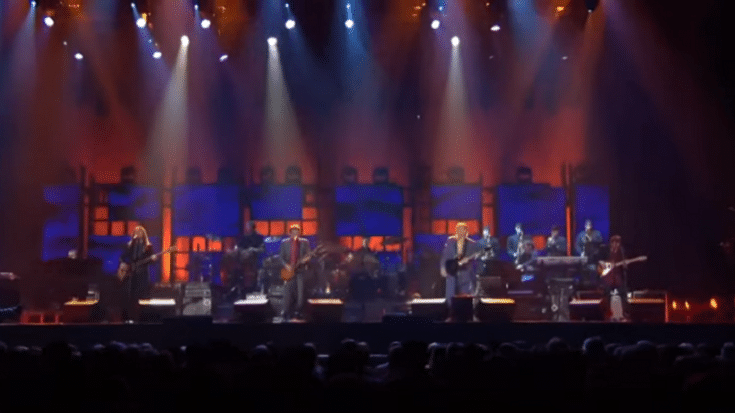 In 2004, The Eagles embarked on what they dubbed as the Farewell 1 Tour. It didn’t have anything to do with retiring from the live stage though and while it confused some of the fans, Glenn Frey clarified it by saying: “The longer this goes on, the better these songs sound. There is a ‘sort of’ honesty in calling the tour Farewell 1, with its implication that Farewell 2 will follow soon.”

The video below was filmed at the Rod Laver Arena in Melbourne, Australia. The band released a double DVD in 2005 titled “Farewell 1 Tour: Live from Melbourne” which was recorded over three days on November 14, 15 and 17, 2004. It was their first live video sans Don Felder whom they booted out of the group in 2001.

Aside from the quartet of Glenn Frey, Don Henley, Timothy B. Schmit, and Joe Walsh, they’re joined by backing musicians and a four-piece horn section. It would also become their last live video with Frey before the rocker passed away in 2016.

“One of these Nights” was written by Don Henley and Glenn Frey. Frey explained that they “wanted ‘One of These Nights’ to have a lot of teeth, a lot of bite—a nasty track with pretty vocals.”