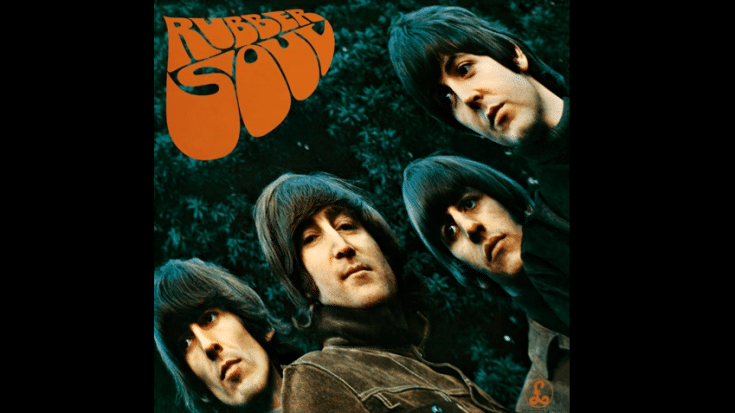 A lot of people think rock ‘n roll is just about women, sex, and drugs. Well, there are dozens of songs about cars too. We’re listing down tracks that either have lyrics about cars or references them. Of course, it’s rock ‘n roll so some of these have double meanings hidden behind metaphors.

The song’s about a 1951 Ford Victoria V8 coupe which is based on the 1949 Ford. Owners could customize it into a hot rod and the lyrics even emphasized the model’s popularity.

It’s their tribute to rock ‘n roll musician Ronnie Hawkins who’s considered an influential figure in Canadian rock music. The car in the lyrics is the luxury car Sedan DeVille.

Originally recorded by Mack Rice, it was later covered by Wilson Pickett and John Lee Hooker. Rice visited jazz and gospel singer Della Reese, who was planning to purchase a new Lincoln Continental for the birthday of her drummer and band leader Calvin Shields. Rice and the others teased Shields but then Shields replied that he didn’t want a Lincoln Continental but a Ford Mustang. When Rice wrote the lyrics, he initially called it “Mustang Mama” but it was Aretha Franklin who suggested using “Mustang Sally” instead.

In typical rockstar fashion, Marc Bolan hid the sexual references in car metaphors. Based on Howlin’ Wolf’s “You’ll Be Mine,” Bolan said that he doesn’t “sing the old rock ‘n’ roll songs myself. I prefer to change the words and make new songs out of them. That’s all ‘Jeepster’ is.”

The band’s highest-charting B side, it’s about the 1932 Ford Model 18 but that coupe model was known as a “deuce coupe.” Brian Wilson commented, “We loved doing ‘Little Deuce Coupe’. It was a good ‘shuffle’ rhythm, which was not like most of the rhythms of the records on the radio in those days. It had a bouncy feel to it. Like most of our records, it had a competitive lyric. This record was my favorite Beach Boys car song.”

15. “Rockin’ Down The Highway” – Doobie Brothers

Written by lead vocalist Tom Johnston, he told SongFacts: “‘Rockin’ Down The Highway’ was a good times song. It’s just what it sounds like. It’s about being in a car with the top down flying down the road, which was not uncommon. I lived in San Jose, but I spent a lot of time in the Santa Cruz Mountains and driving up and down Highway 1 down by Santa Cruz. You know, we hadn’t signed with a label at that particular time, and I would imagine that the words came out of those experiences: it was footloose, fancy free, and just groovin’ up and down the coast, partying. I don’t think there was anything more in depth about it as far as the words. I don’t think there’s any major story to be told there. I mention a motorcycle in there, and it’s not a direct mention, but it kind of glances off motorcycling and riding around in cars. I was motorcycle nuts in those days, so there’s a reference to that.”

It doesn’t reference a particular car but the lyrics are about finding “a home on wheels.”

One of their most popular and enduring songs, this fast-tempo rocker gave birth to what would later be known as “speed metal”. They wrote this while on their tour bus on the way to a concert. Richie Blackmore shared to Guitar World about his solo: “I wanted it to sound like someone driving in a fast car, for it to be one of those songs you would listen to while speeding.”

The only song on “A Night at the Opera” entirely written by Roger Taylor, he used his then current car, an Alfa Romeo for the revving sounds. Also, there are sexual references hidden in the car metaphors. Taylor told Top On The Line, “I remember my car at the time, because I think we’ve got the exhaust on the record, and that was a little Alfa Romeo. But I think it was more about people in general, for instance boy racers. In particular we had a sound guy/roadie at the time called Jonathan Harris, who was in love with his car, and that inspired that. I think he had a TR4, Triumph TR4.”

Originally called “Mercury Boogie”, it pays tribute to Mercury – a defunct division of Ford Motor Company which stopped production in 2010. It was first recorded by K. C. Douglas.

In the ’80s, an interviewer told David Lee Roth that all he wrote about sex, drugs, and fast cars. And so he realized he has never penned a song with lyrics about fast cars. It’s partly inspired by a stripper he met but the lyrics are also about a racing car he saw in Los Angeles named “Panama Express”. In the music video, they used a customized 1951 Mercury convertible.

Inspired by Richard Foster’s short story “A Nice Morning Drive”, the lyrics are about a future that prohibits ownership of vehicles because of “the Motor Law” but according to the narrator, his uncle kept a Barchetta sports car in pristine condition in his barn.

One of their most enduring hits, it’s from the point of view of a driver who communicates telepathically with his girlfriend. He’s been driving all night and senses she wants him home urgently.

Originally by Tom Waits and later covered by the Eagles, he called their version “a little antiseptic.”

About a girl and a hot rod race, the man chases Maybellene in his V8 Ford while she drives her Cadillac Coupe DeVille. Although “Maybellene” became integral in the emergence of rock ‘n roll, Chuck Berry considered this a country song. He said, “‘Maybellene’ was very much a country song, with country lyrics. Maybe a little faster but basically it was country.”

Inspired by a song written by the Los Angeles beat poet Michael McClure, Janis Joplin wrote it with Bob Neuwirth at an impromptu jam session. Singer Bobby Womack claimed that Joplin found inspiration after riding in his then-new Mercedes-Benz 600. “Mercedes Benz” was also the last song Joplin recorded before her death.

Written mainly by Paul McCartney with some contributions from John Lennon, this upbeat and lighthearted song is about an aspiring actress who offers a man a chance to be her chauffeur. McCartney said, “‘Drive my car’ was an old blues euphemism for sex, so in the end all is revealed. Black humour crept in and saved the day. It wrote itself then. I find that very often, once you get the good idea, things write themselves.”

One of Prince’s most popular songs, he got the idea for the song when he dozed off in backup singer Lisa Coleman’s car following an exhausting recording session – a 1964 Mercury Montclair Marauder.

Widely considered as the first rock and roll record, it’s about the Oldsmobile “Rocket 88” automobile which was only recently introduced at the time. It became one of the most influential songs of all time and Little Richard commented, “When I was a little boy, that song fascinated me in a big way. I never heard a piano sound like that. I never played the piano then. Soon, I was trying. if you listen to ‘Good Golly, Miss Molly,’ you hear the same introduction as the one to ‘Rocket 88,’ the exact same, ain’t nothing been changed.”