That Time Joe Perry Surprised Steven Tyler On His Birthday 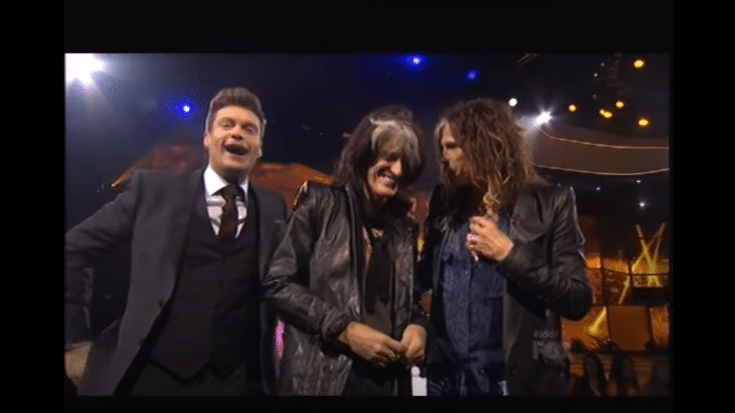 It’s no secret that Joe Perry wasn’t remotely pleased when Steven Tyler joined American Idol as judge. It’s not that Perry hated the show but at the time, Aerosmith was itching to hit the road or go back into the recording studio. And when Tyler accepted the American Idol gig, it just didn’t sit well with his bandmates. It also didn’t help that Tyler “failed” to mention to them that he took the opportunity to join what he described as ” the biggest show on TV.”

But back in 2012, Tyler got the surprise of his life when Perry showed up on AI and played “Happy Birthday to You” while host Ryan Seacrest, contestants, the other judges, and the audience sang along. Perry even went to Tyler to wrap him in a hug. It was a pretty heartwarming scene especially for Aerosmith fans.

Asked about Tyler’s age, Perry candidly replied: “He’s about a day older than me.”

Perry then took a seat beside Tyler on the judge’s table. So yes, that only proved they had a little rift but like brothers, they patched it up and moved on. At the end of the day, they’re still the same ‘ole Bad Boys from Boston.