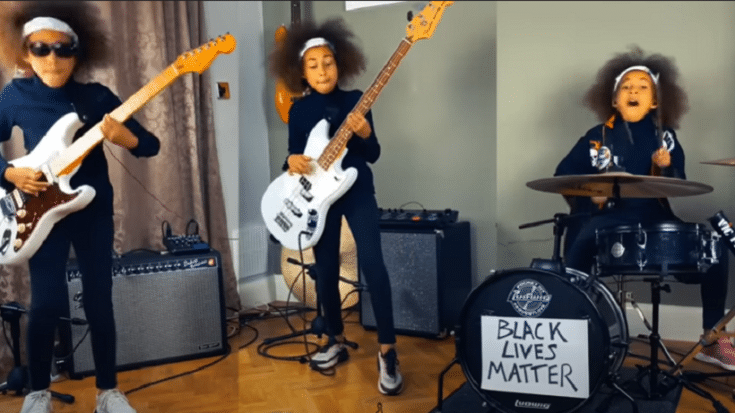 This Musical Prodigy Does It Again

People all over the globe are doing their part to make a stand against police brutality and racism. And in support of the Black Lives Matter movement, one kid is aiming to have her voice heard too in the best way she knows how – by rockin’ it out.

10-year old Nandi Bushell is once again making waves on the internet with her recent cover of Rage Against The Machine’s “Guerrilla Radio.” This time, she doesn’t just sit behind the kit but she also takes on two other instruments – the bass and the electric guitar. It’s a blistering and ferocious number.

Written on the description is the statement: “Solidarity in the Fight to End Racism! #fightracism #blacklivesmatter #enoughisenough. This song is one of Nandis favourite songs. Nandi has loved @rageagainstthemachine since she was a baby. @tommorello @bradwilk”

It wasn’t long before Tom Morello himself noticed Bushell’s performance. He shared her video with the caption “Well now we’re on the right track.”

She previously went viral because of her covers of Queens of the Stone Age’s “No One Knows,” and Nirvana’s “In Bloom”. She even played with Lenny Kravitz prior to his 2019 show at London’s O2 arena.

Well now we are on the right track https://t.co/R0J2rV8Mgz