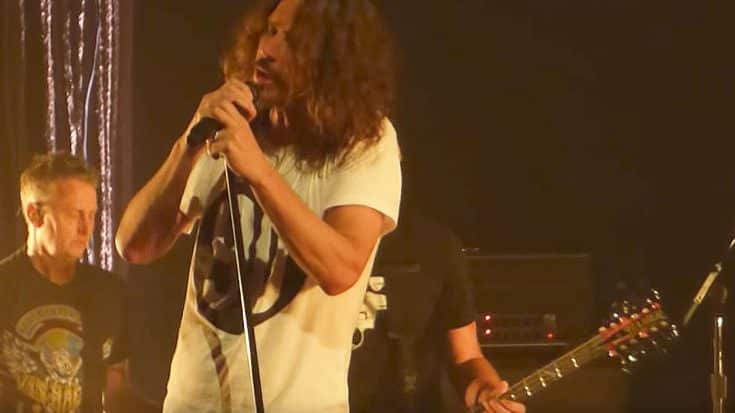 Written in 1975 and featured on Led Zeppelin’s 1976 album Presence, the thundering “Achilles Last Stand” goes down in rock history as a precursor to the new wave of British heavy metal sound that would expand soon after. With its complex musical interplay driven by the clock steady rhythm section made up of John Bonham and John Paul Jones, highlighted by Jimmy Page’s galloping guitar riffs and Robert Plant’s lilting vocal delivery, it’s no wonder Seattle supergroup Temple of the Dog was so attracted to it; fronted by Chris Cornell until his death last week at the age of 52, Temple of the Dog’s earthy sound proved to be a perfect match for “Achilles Last Stand” when they tackled it during their 25th anniversary tour last fall.

Fun Fact: “Achilles Last Stand”, at 10 minutes and 26 seconds, is the third longest studio recording released by Led Zeppelin (after “In My Time of Dying” at 11:06 and “Carouselambra” at 10:34).

It was a risk indeed – could they come even a hair’s breadth within the range of what Led Zeppelin was capable of? Would their sound not only translate well to that of Led Zeppelin, but do it justice? As it turns out, the risk was well worth the reward; while Temple of the Dog’s cover of “Achilles Last Stand” isn’t a carbon copy of the original, it’s pretty damned good.

Chris Cornell’s voice was a gorgeous match for the song, ebbing and flowing beautifully with bandmates Stone Gossard, Jeff Ament and Matt Cameron fulfilling rhythm duties while lead guitarist Mike McCready punctuates the song with bright, jangly guitar work. Together, Temple of the Dog really opened up the throttle for a high octane performance of one of Led Zeppelin’s most respected tracks, and it’s one you definitely don’t want to miss. Enjoy!