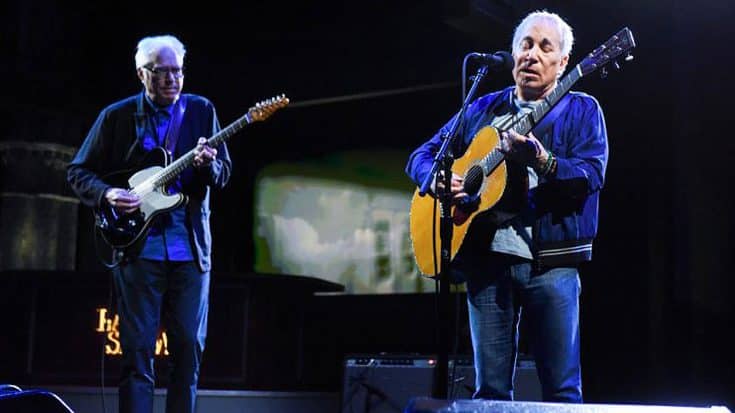 Paul Simon Is Back!

So at this point, we can just pretty say that if Paul Simon writes a song, it’s going to be spectacular. This man has arguably the greatest track record for writing amazing songs that are some of the most timeless anthems ever. One of those songs being the iconic smash hit Sound Of Silence.

This song alone has proven that Paul Simon is one of the absolute greatest songwriters of our time. Then again, there are probably hundreds of songs that he has written that prove my point, exactly. He is one of the best, pure and simple.

Recently, he made an appearance on The Late Show with Stephen Colbert performing the song Question For The Angels with guitarist Bill Frisell. As if it were to come as a surprise, the performance was absolutely magical. Paul Simon’s musical skills are the stuff of legend, and the proof is in this video! Don’t believe me? See for yourself!