Teenage Girl Plays An Outdoor Drum Cover Of “Living On A Prayer” That Is Just Wicked Good! 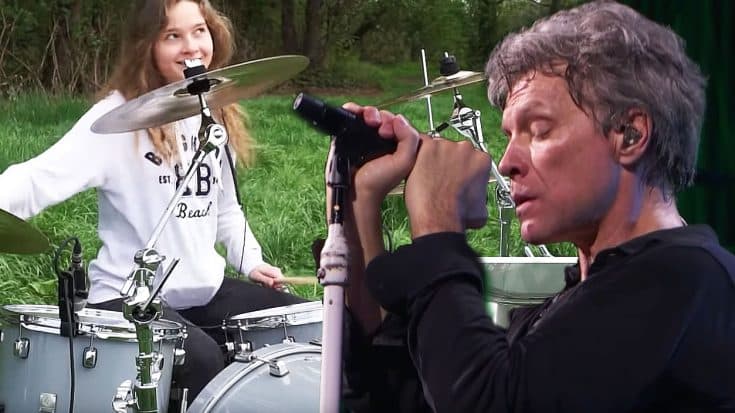 Young Sina Puts On A Clinic!

They have been going strong for well over 30 years. They deliver a live performance like no other and are regarded as one of the greatest live bands of all time. But above all else, they have written some of the most timeless classic songs that we as fans cherish and recite as anthems even to this day, and thus, tribute is often paid. Here’s one such example.

What you’re about to watch is a video in which a very talented young drummer by the name of Sina sits behind her drum set that is set up outside and performs a drum cover of Bon Jovi’s hit classic Living On A Prayer. To put it simply, this is one of the best drum covers of this song out there. Don’t believe me? See for yourself!