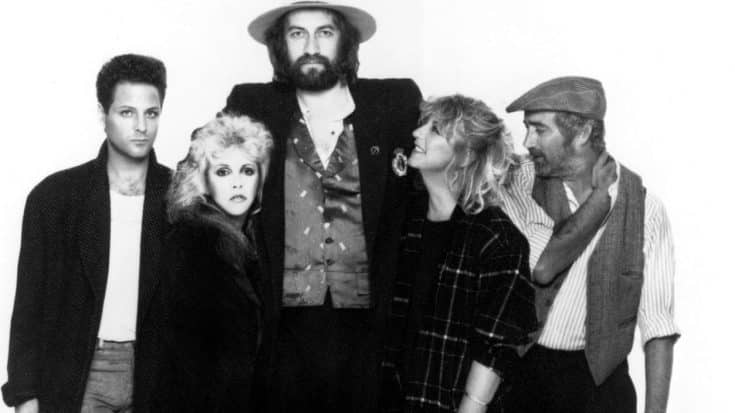 “If I Live To See The Seven Wonders…”

2017 is the year of the Mac – Fleetwood Mac, that is. With more than 100 million records sold worldwide, the band just sailed right past another major career milestone as their 1987 album Tango in the Night is due to celebrate its 30th anniversary in April and while there are no definitive plans for a new album of all new material any time soon, fans can look forward to the sprawling 30th anniversary reissue of Tango in the Night. Still bummed? Don’t be: the 30th anniversary reissue isn’t just any old reissue and offers Fleetwood Mac fans a brand new and exciting way to experience the band’s second best selling album after 1977’s Rumours, complete with new versions of songs you’ve heard a thousand times, including this never before heard version of “Seven Wonders”.

Slower, gloomier and featuring an acoustic guitar in the intro in the place of the song’s eventual twinkling keyboard riff, this early version of “Seven Wonders” lacks the danceability of the final cut that ultimately made Tango in the Night but what it lacks in that department is made up in spades by its quiet strength that allows for Stevie Nicks’ vocals to shine, pulling the fullness of her voice into sharp focus.

Fun Fact: This was played in the American Horror Story: Coven season finale.

Running at a full minute longer than its successor, this version of “Seven Wonders” is especially neat for its ad-libbed finale, featuring Nicks delivering a series of fun little vocal runs that are meant more for herself than potential listeners, reminding you that this is still, in fact, just a rough draft of an idea and that she’s still working out the kinks and giving herself and her bandmates a few different options from which to fashion the master plan that became the final cut. We’ve got both the final version of “Seven Wonders” as well as the outtake, so take a listen to both and let us know which one you prefer – we’re pretty partial to the demo ourselves!