Gene Simmons Has Some Harsh Words For The Music Industry – And You, Too 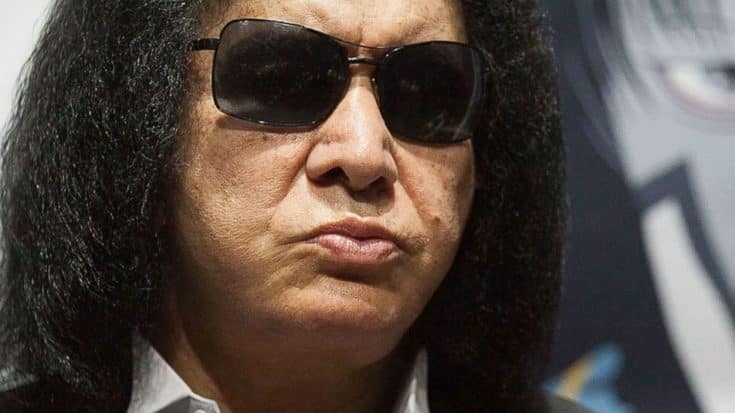 Rock and roll firebrand Gene Simmons is no stranger to speaking his mind. From his thoughts on drug addicts, the current state of rock and roll and who should (and shouldn’t) be inducted into the Rock and Roll Hall of Fame, we can always count on Gene to be a straight shooter and tell it like it is, so his latest comments shouldn’t surprise you in the slightest. During an interview on the Thunder Underground podcast, Gene had some pretty choice words for the music industry and the people he deems responsible for killing it: the fans.

It’s easy to see Gene’s frustration; after all, it’s not really a secret anymore that bands no longer make money off of their album sales due to piracy and streaming but instead from touring and merchandise sales, but today’s climate means that bands have to make the difficult decision as to whether or not they want to give their music away as they build their fanbase, even though it almost certainly means making zero money and being unable to support themselves with the craft they’ve built their lives around.

“Charge people. Make them pay. Make a cross, draw a line in the sand. This is commerce, and that’s charity. Once you get your money and all that stuff, then you can decide if you wanna do charity. Or advertise it as charity: ‘What I’m about to do? Charity.’ But I don’t want somebody else deciding when I do charity or how much I’m giving.”

Oh, and by the way? Don’t even think about telling Gene Simmons how much money he does or doesn’t need these days: “Did you ever hear a freckle-faced kid go, ‘Hey, you’re too rich. You don’t need that money.’? Listen, b—-, I didn’t ask your opinion. I’ll let you know what money I need and what I don’t need. I don’t need some kid to tell me what I need in my life.”