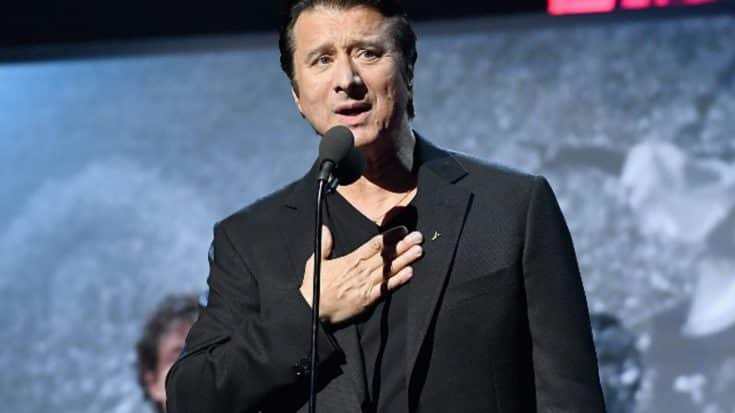 Hint: It’s Got Nothing To Do With His Voice

The days leading up to former Journey frontman Steve Perry’s Rock and Roll Hall of Fame induction ceremony appearance were riddled with questions, including the million dollar question on everyone’s lips: will he stand in for current Journey singer Arnel Pineda for the band’s three song performance? Unfortunately, that last question was answered by the fact that Steve ultimately decided against performing with Journey and though disappointed, fans understood as they took to social media to speculate on all of the reasons why Steve may not have been comfortable performing.

However, as guitarist Neal Schon revealed in an interview with Rolling Stone this week, Steve’s reasons for bowing out of the live performance had nothing to do with band politics or even his voice – it had everything to do with being just a hair too emotional to risk blowing the entire thing.

“He was tearing up. I was definitely tearing up; I had tears running down my eyes,” says Schon, who was too emotional to read the full version of the speech he’d prepared.

“Knowing everything else and how he was feeling – he was very emotional too – it’s understandable to me that he wouldn’t want to sing. It was just highly emotional.”

Of all of the scenarios presented, this one makes the most sense; a perfectionist like Steve wouldn’t dare try to struggle through tears for the duration of his time onstage, certainly not on a night when everyone watching would be expecting shades of the explosive Journey performances they remember. Of course, fans who have just been aching to hear Steve belt “Don’t Stop Believin'” one last time while weaving in and out of Neal’s orbit wouldn’t have cared one way or another, but as we’ve learned from watching his interactions with Journey over the years, all good things happen when the time is right – even if it takes a few decades.