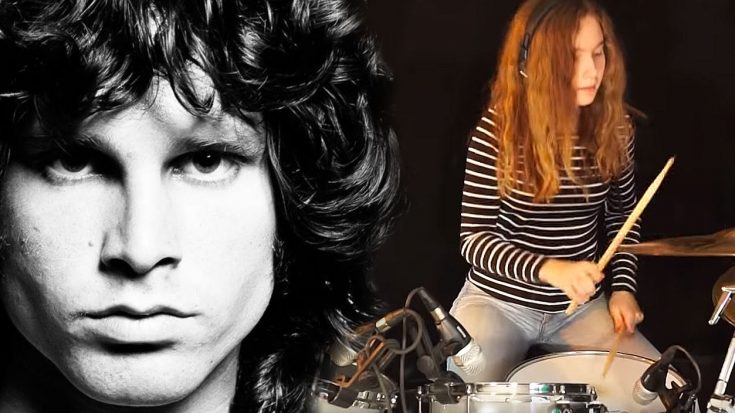 This Young Girl Is The Future Of Music!

The Doors are truly one of the greatest rock bands of all time. Led by the iconic Jim Morrison, this band had a cult following like no other. Their musicality, stage persona, and everything in between quickly asserted them into rock and roll history. That being said, frontman Jim Morrison was unfortunately taken away from us too young. Though this is the case, Jim Morrison is still highly regarded as one of the all time greatest rock frontmen of the last 60 years. And this video, this teenage girl pays the ultimate tribute to not just Jim Morrison, but the entire band!

What you’re about to watch is a video in which young Sina takes to her drum set and plays the iconic smash hit Light My Fire. To put it simply, Sina pays the ultimate tribute and if we know one thing is for sure, it’s that The Doors would be proud! Don’t believe me? See for yourself!