Ring In 2017 With This Young Kid’s Insane Cover Of Steely Dan’s “Reelin’ In The Years!” 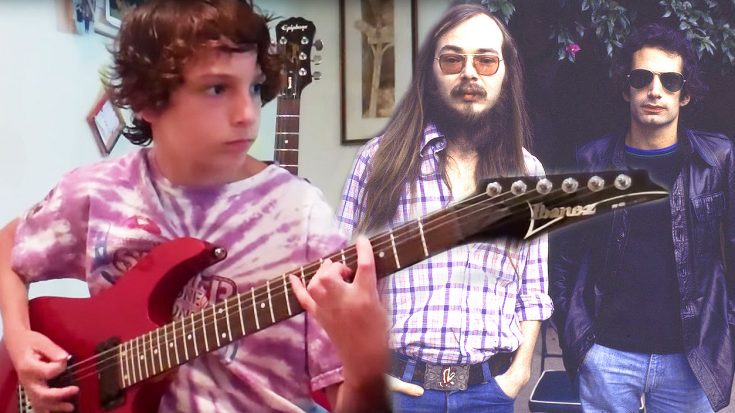 2016 is finally over, and the hope and positive outlook of a new year is upon us! Everyone is glad the year is over because let’s face it: 2016 was rough. We lost many rock stars, musicians, artists, actors, humanitarians and other celebrities, we had a nasty election from both sides and a lot of weird things took place!

But with 2017 on the horizon, and a mere hours away, let’s keep a positive outlook and work to better ourselves as individuals. The best way we can think of regarding how to ring in the New Year classic rock style, is by playing Steely Dan’s classic hit “Reelin’ In The Years!” We’ve found a young kid who plays the song perfectly! His name is Alec DeCaprio, and he can shred this song like no other! The 12-year old played a perfect cover of this song, and definitely gave us a great video to ring in 2017 with!

Fun Fact: This song is about recalling times with a girlfriend and a romantic breakup. It’s one of the most popular Steely Dan songs, but also one of their least favorite. In Rolling Stone, September 17, 2009, Donald Fagan said, “It’s dumb but effective.” Walter Becker added, “It’s no fun.”

So sit back, reflect on the past years, and get ready for one epic year in 2017! Also check out Alec’s channel on YouTube! He’s a great guitarist and has some other solid covers!