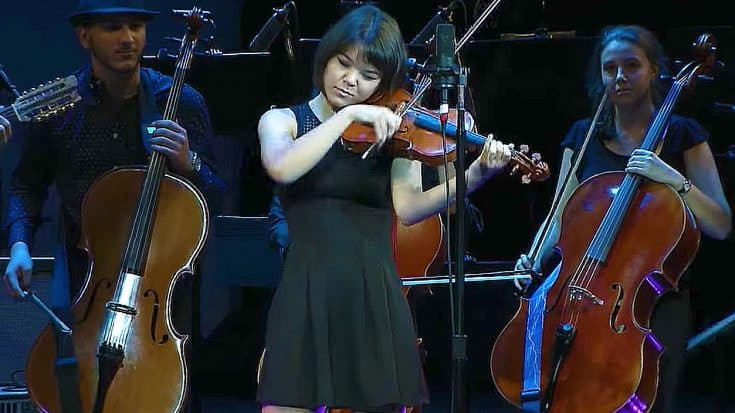 In the months since Gregg Allman and Butch Trucks passed, we’ve seen all manner of tribute from across the musical spectrum. From friends turning out at the Big House following Gregg’s funeral for one last jam to the one delivered by Derek Trucks, Darius Rucker, Jason Aldean and Charles Kelley at the CMT Awards, one thing is clear: the legacy left behind by the Allman Brothers Band is one that will be celebrated for generations to come, a fact that was never more apparent than when the ultra talented kids at the Berklee College of Music served up their very own tribute to the Allman Brothers Band.

In a performance directed and arranged by Professor Mimi Rabson, the 5-week String Orchestra reimagined “Whipping Post” using only string instruments and y’all – we’re not kidding when we say the hair on our arms stood up when these kids got to playing.

Fun Fact: It was the Allman Brothers Band’s At Fillmore East recording that garnered “Whipping Post” spots on both the Rock and Roll Hall of Fame’s 500 Songs that Shaped Rock and Roll list and Rolling Stone‘s list of “The 500 Greatest Songs of All Time”.

Masterfully capturing every part of “Whipping Post” from Gregg Allman’s vocal melody to the one-two punch of Jaimoe, Butch Trucks and Berry Oakley as well as the complicated phrasing that colored Duane Allman’s guitar playing, the Berklee 5 Week String Orchestra are a sight to behold – even the way they traded off for solos and violin battles meant to mimic guitar duels is reminiscent of the way the Allman Brothers Band revolutionized the art of the jam! If this is where the future of music is headed, sign us right on up; these kids are somethin’ special and with the genius of Mimi Rabson guiding them, there’s no doubt that we’ll be seeing some pretty special things from them before long!