Eddie Van Halen Is Filmed Practicing In His Home And Well, It’s Not Exactly… Good 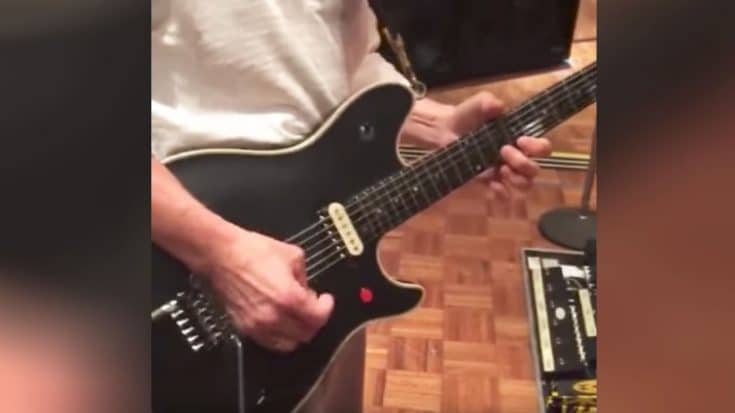 It goes without saying that Eddie Van Halen is simply one of the most iconic and influential guitarists of all time. He may not the first and original shred master guitarist, but he’s without a doubt one of the best. He has a style and technique that is often imitated, yet never duplicated. He is one of the best, pure and simple.

That being said, even the legendary rock and roll hall of fame inductee EVH has his off-days, but to be fair who doesn’t? The thing is, Eddie’s one off-day was caught on camera!

What you’re about to watch is a video in which Eddie Van Halen is filmed in his house practicing, and let’s just say, it’s not exactly his best showing. To be fair, it seems as though Eddie may just be having fun here, but even that is uncertain. I don’t really know. Just see for yourself.