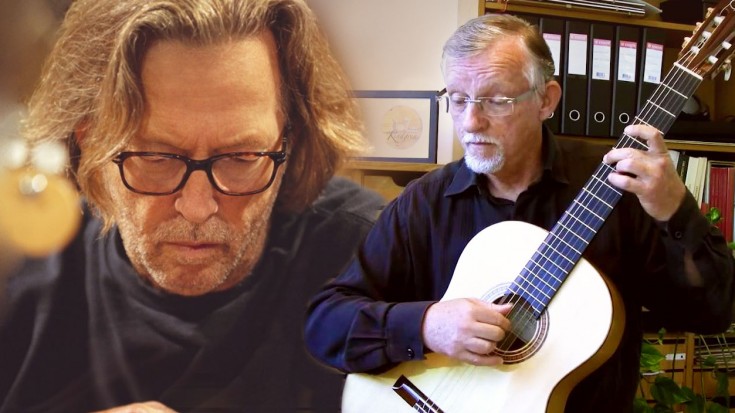 “A Song Without Words”.

Grab the tissues – you’re not ready for this emotionally charged performance! Classical guitarist and virtuoso Per-Olov “Peo” Kindgren took on Eric Clapton’s 6 Grammy Award-winning ‘Tears In Heaven’ for an unforgettable acoustic performance that somehow makes the already emotional song even more so; maybe it’s the lack of words that allow the music to speak where words sometimes fail that makes Peo’s rendition so incredibly powerful. In fact, Kindgren even describes this arrangement as “a song without words”.

While this song was intensely personal for Eric Clapton – so much so that he doesn’t perform it live anymore – as evidenced by the heartfelt lyrics wondering if he’d someday see his son Conor in Heaven, I think that he’d love Peo Kindgren’s rendition too. The classical guitar rendition hits you right in the gut with its simplicity, and it’s one that’s bound to leave you with both joy and sorrow.