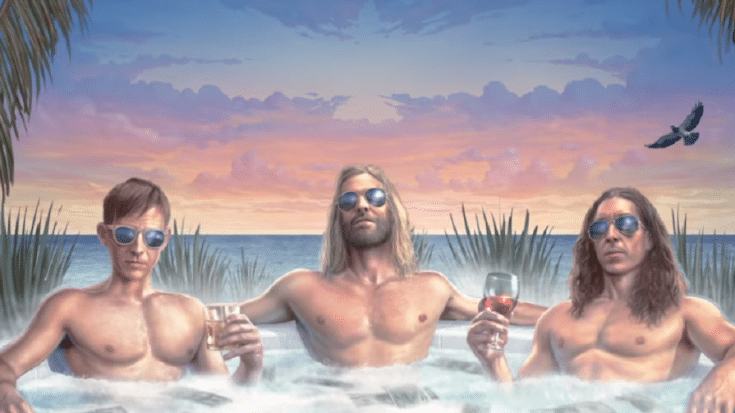 Foo Fighters drummer Taylor Hawkins announced a new album titled Get the Money which features several of his rockstar friends. It will be out on November 8th via Shanabelle/RCA Records. Hawkins tapped bandmate Dave Grohl and YES vocalist Jon Davison for the first single, Crossed The Line. You can check out the audio below.

It’s his third album with The Coattail Riders (comprised of Chris Chaney, Brent Woods and John Lousteau). Earlier this month, Grohl revealed that the Foo Fighters are working on their next album – the follow-up to 2017’s Concrete and Gold.