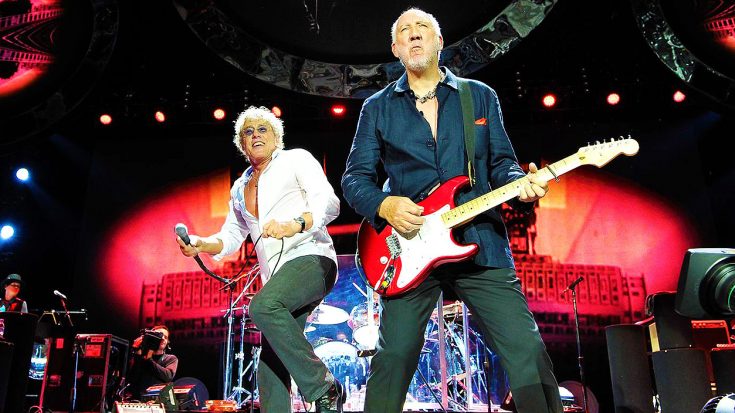 There Were Girls That The Who Could Never Have!

The Who have been rocking for over 50 years! Even though Pete Townshend and Roger Daltrey are the only remaining surviving members of the band, it hasn’t stopped them from continuing their high energy rock performances to this day!

The Who surprised their loyal fan base recently with the release of a never-before-heard, previously unreleased track titled “The Girls I Could Have Had.” The song will be included on the band’s upcoming super deluxe 5-disc edition of My Generation, which is set to release November 18th. Townshend revealed the story behind the song, and the lyrical depth it has!

“I have often said about my early songs that I tried hard to appeal to Roger’s sense of late teenage machismo. Either that, or I attempted to sound like Jan & Dean so that Keith Moon – who was a surf music fan – would get behind the song. Here, a rather machismo and bragging song slipped away because it was more about me than Roger Daltrey, and certainly not a surf number. It’s about my lack of success with girls when I lived at Chesham Place, partly because I spent all my time in my studio. Roger did very well with girls; it would never have worked for him to sing this lyric. The lyric is also fantastical. I make it sound as though I was turning down girls every day. In real life I was probably piqued that rarely happened. My tape machine was my mistress.”– Townshend said.

You can check out the song for yourself down below. It’s streaming on Spotify right now, but will be available to purchase with the 5-disc My Generation box-set on November 18th!