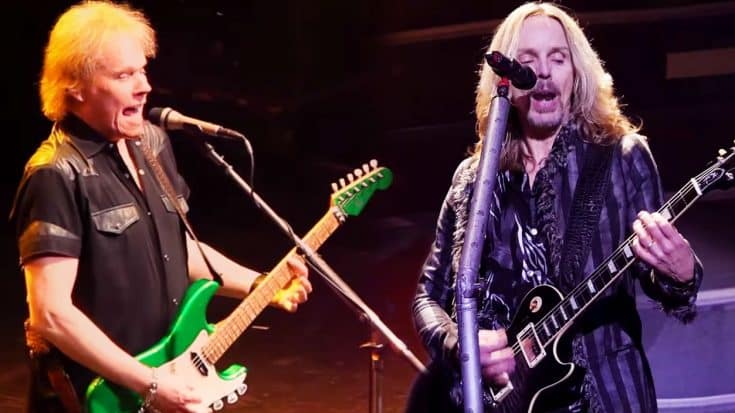 Styx are back with a brand new album that they will be releasing this June! It will be the first album or new, original the band has released since their 2003 release Cyclorama. Back in 2005 Styx released Big Bang Theory, but that album was just a bunch of classic rock covers.

Now Styx are releasing their first original material in almost 14 years, and are titling the album The Mission. The album is a concept record centered around a man mission to Mars in 2033. On the band’s website, a statement details the background of the plot to the album:

The fictional sci-fi tale casts Styx members, singer and guitarists Tommy Shaw and James ‘JY’ Young, singer and keyboardist Lawrence Gowan, drummer Todd Sucherman and bassists Ricky Phillips and Chuck Panozzo, as the crew of a nuclear-powered spacecraft named the Khedive, and follows their adventures as they try to reach the red planet.

With the announcement of the new album, Styx have released a new single titled “Gone, Gone, Gone.” The song is a callback to the old school style of Styx. They sound very similar to the sound they had on Kilroy Was Here, which is a positive sign heading into the new album!

Check out the song down below, and be on the lookout for Styx’s new album, launching June 16th.