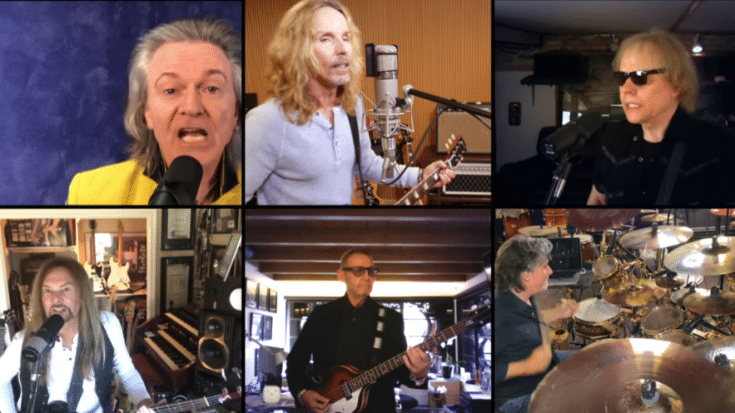 Styx teased their upcoming album by releasing a new single titled Reveries. Tommy Shaw wrote it with his longtime collaborator Will Evankovich. The LP, Crash of the Crown, is set to arrive on June 18 via Alpha Dog 2T/UMe.

“He’ll come up with a rhythm track and a chord progression or something that sounds really good,” Shaw told UCR. “He sends it to me, and I’ll hear words and melodies. I’ll put vocals and some harmonies on it and send it back to him. That’s how ‘Reveries’ got started.”

Crash of the Crown is Styx’s first new album in four years and they previously dropped its title track. Speaking about the song, Lawrence Gowan said: “I’m always looking for the one different thing we can do and still have it be Styx and that’s the song I’m most proud of.”

“The beauty of it is that it’s the culmination of all our talents crammed together into one song, Abbey Road-style,” he continued. “I also got to use some gear I never thought I’d have the chance to play on a Styx record like Tommy’s Hammond B3 organ, my Minimoog, and my Mellotron.”

Though the songs were written before the pandemic, the band recorded them during the lockdown.