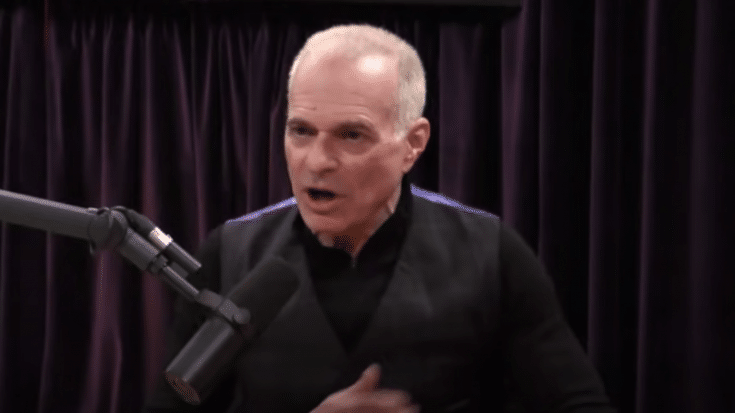 He’s Pissed For The Next Generation

In a recent appearance on The Joe Rogan Experience, David Lee Roth explained why he’s “pissed about everything”. As we all know, Diamond Dave likes to talk A LOT and so during the three-hour interview, he discussed pretty much anything and everything under the sun including climate change and women’s rights.

It’s not just for him though, he’s also angry in behalf of the next generation.

“I stopped being pissed on my behalf a long time ago. What kind of f**k-shit world are we leaving behind where they don’t get to go to Florida because it’s underwater?” he explained. “What kind of place are we going where, yeah, there used to be some really great, giant trees now, but they’re dead?”

He also talked about police reform.

“The idea that we’re going to defund the police? And expect what? You gotta be crazy,” he said. “So here’s your solution — and that we haven’t gotten to it is starting to fucking piss me off: You got to triple the paychecks, and then you’ll start getting the genius-level, combat-proof, full-blast, industrial-strength brains.”

Meanwhile, Roth recently released “Giddy-Up” which he previously shared in The Roth Project. He collaborated with guitarist John 5 on the music.