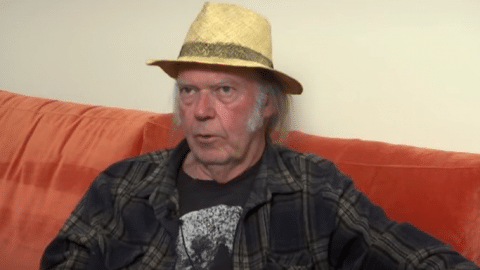 Even though he’s been keeping himself busy these past few months streaming live performances and digging deep into his archives, Neil Young has another project coming. He recently revealed that he’s working on a new album with his longtime backing band Crazy Horse. In a statement posted on his website Neil Young Archives, Young shared that he’s actually five songs in.

“I have five songs ready for the next album,” he wrote, “so I think over time the rest will come and we may start recording again soon.”

And while live music is slowly making a comeback and some of his peers have announced upcoming shows, Young isn’t in a hurry to get back on the road.

He told a fan, “No gigs planned until I am sure the audience is safe.”

Young also just finished his debut science fiction novel titled Canary. He told Rolling Stone in 2018 that it’s about a man who “works for a power company and there’s corruption in the power company and he wants to expose it.”

That’s not all though because he’s not done with his archival releases including official versions of his famous bootlegs.

In March, he told fans that the coronavirus pandemic has “given me the rare gift of focus”. He added, “A strange gift for me — the opportunity to focus on what I have done and organize it for the music lovers out there who deserve to hear it my way.”