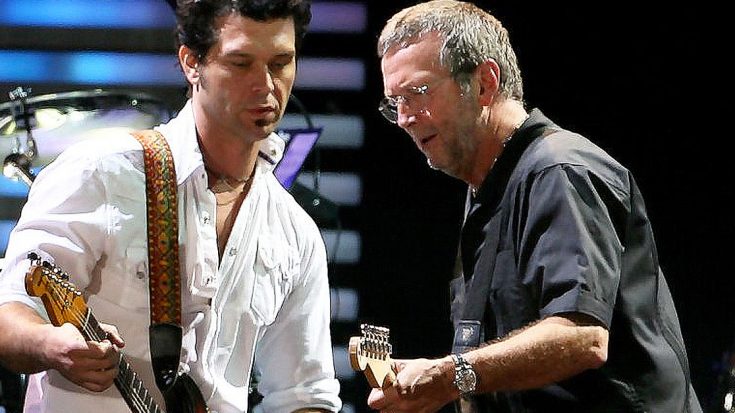 Doyle And Eric Meet At The “Crossroads”

When you’re Doyle Bramhall II, playing with guitar legends is the norm; after all his father, Doyle Bramhall, was childhood friends with late Texas bluesman Stevie Ray Vaughan and his brother Jimmie and played drums for Lightnin’ Hopkins and Freddie King and the younger Bramhall cut his teeth on live jam sessions with Stevie Ray Vaughan and was playing nationally by the age of 19. So it’s not too far fetched, then, to see him hit the stage with rock legend and friend Eric Clapton, making for one hell of a matchup that manages to be both supremely entertaining without each one trying to outdo the other.

Fun Fact: Inspired by Eric Clapton, Jacksonville rockers Lynyrd Skynyrd covered “Crossroads” and gave it a Southern rock twist for their 1976 live album, One More from the Road.

The footage you’re about to see features Doyle and Eric delivering a joint performance of “Crossroads” that sees the pair seamlessly blending elements of rock and the blues as two halves of one explosive whole, leaving egos behind in exchange for expression and an even exchange of power between these two legends. What makes this performance so special is the fact that neither Eric or Doyle bother to compete for their moment in the spotlight with excessive, unnecessary guitar work – they’re both made better because of who they’re sharing a stage with and when they give it their all, they really give it their all. Watch as student meets teacher in the video below – it’s one of our favorite Clapton moments and we’re sure it will be one of yours, too!