Street Performer Stops Everyone In Their Tracks With Riveting Cover Of Fleetwood Mac’s “Landslide’! 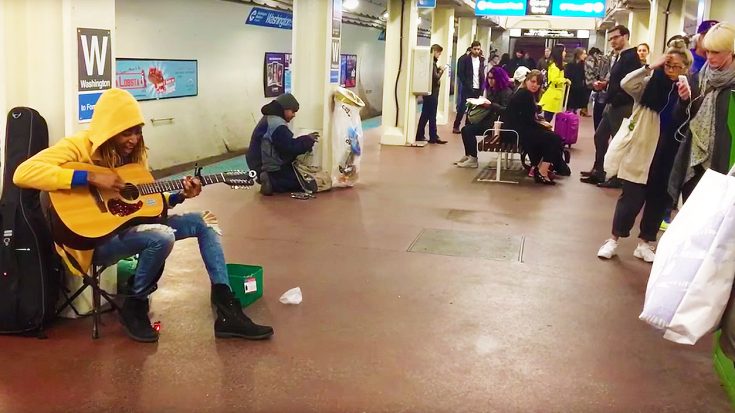 She made it her own!

Fleetwood Mac’s “Landslide” is one of the most emotional songs in rock n’ roll history. The song is essentially a journey that talks about the trials and tribulations of life, and revolves around a father-daughter relationship. Stevie Nicks’ powerful lyrics resonates with everyone who listens to the song, and causes a lot of people to be brought to tears while listening to it!

Many have covered the song, but this street performer in Chicago pulled off what we consider the most unique rendition of the song yet! Ashley Stevenson took her talents to a train station in Chicago, and stunned bystanders with a phenomenal cover of “Landslide.”

At first, it’s difficult to recognize the song she’s playing, but after a little bit it’s easy to identify the classic song she makes her own. She turns the slow ballad into a riveting song, with fast and intense strumming on the guitar, an almost crying tone and a sped up tempo! It’s an incredibly unique spin on an already fantastic tune! We’re happy she made it her own, rather than a plain old cover of the original! Bravo, Ashley!

Check out Ashley’s cover down below, and prepare to be amazed!