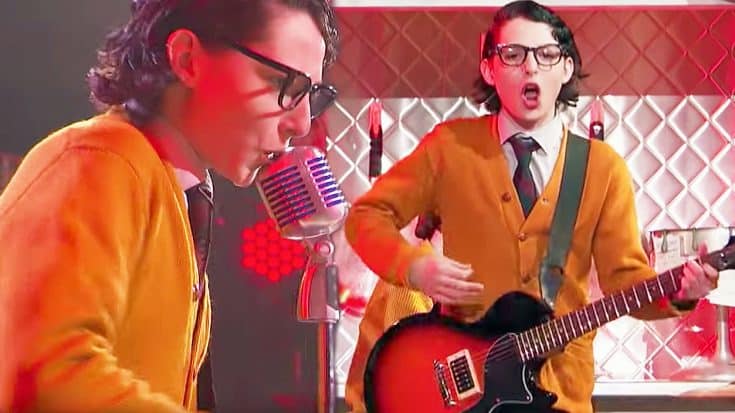 He definitely stole the show!

One of the hottest things to come out of last year, was the Netflix original series Stranger Things. The show became one of the most successful original series in Netflix’s history, and was loved for its accurate depiction of the 1980’s theme and vibe.

Since the show’s premier, the kids who star in the series have been launched to superstardom. They’re literally everywhere: award shows, sporting events, other TV appearances, and they deserve it, because they’re amazing. Recently, the four male stars of the show appeared on the Spike’s Lip Sync Battle. The four of them pulled out their best imitations of some of their favorite artists, but one of them stood out among the rest!

Finn Wolfhard, who plays Mike Wheeler on the show, dressed up like Buddy Holly for his skit, and crushed a lip sync cover of Weezer’s “Buddy Holly.” Finn really gets into it, and rocks out incredibly hard! Even though he isn’t playing, it’s still great to see him appreciate the classics! You’re guaranteed to smile when you watch this!