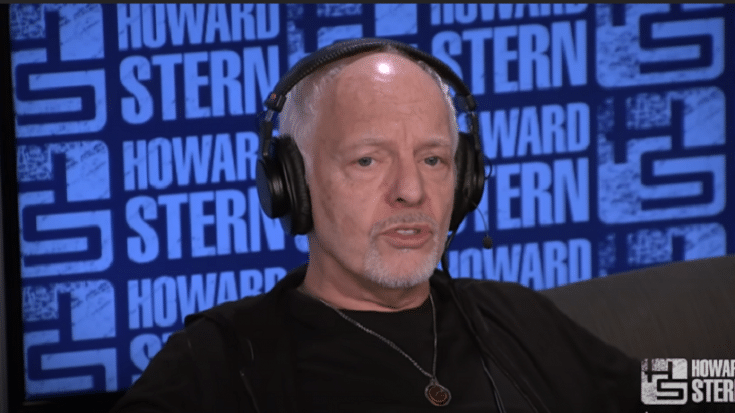 He Describes Bowie As “A Lovely Man”

In an excerpt from his new memoir titled Do You Feel Like I Do? which is slated for publication this October 20, Peter Frampton revealed how old school friend and fellow rocker David Bowie saved his life back in 1987.

According to The Sunday Mirror, it happened while they were in a cabin inside Bowie’s private plane and waiting for take-off. It was Bowie who first noticed the smoke.

Frampton wrote, “On that tour we had private planes, and on one flight smoke started coming out of the vents. Dave stands up and goes, ‘Smoke! Smoke!’ So the pilot stops and the flight attendant pulls the back stairway down. I’m in my seat and Dave literally lifts me out of my seat and carries me down the chute. I’ll never forget that. He could have run out, but he wanted to make sure I was okay. That was the kind of guy he was with me, and in general. He was a lovely man.”

More than that, Bowie also helped him make a comeback over a decade after the release of his massively successful double live album Frampton Comes Alive! Bowie invited him to join his Glass Spider Tour and it was exactly what he needed given that his popularity was already waning and career-wise, he was at rock bottom. It was the perfect timing especially since Frampton was struggling to make a comeback.