Story | The Time The CIA Allegedly Wrote One Of Scorpions Songs 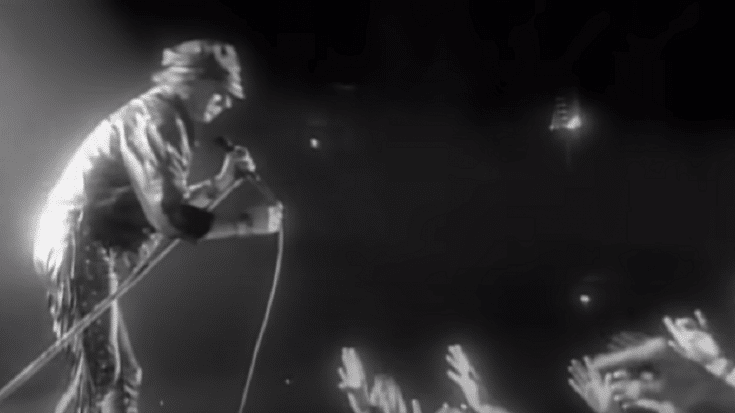 A new podcast will explore the possibility that the CIA wrote Scorpions’ 1990 power ballad “Wind of Change” as part of Cold War propaganda. The eight-episode series named after the song is set to premiere on May 11 on Spotify and will be hosted The New Yorker investigative journalist Patrick Radden Keefe. It’s co-produced by Crooked Media and Pineapple Street Studios.

Keefe heard the rumor from someone within the CIA.

He told Deadline, “It’s a story that stretches across musical genres, and across borders and periods of history. So, it was important to me that you hear the music, and the accents and the voices, and judge for yourself who might be lying and who is telling the truth. I’ve had so much fun pursuing this crazy story over the course of a year, exploring the dark byways of Cold War history and doing nearly a hundred interviews in four countries with rockers and spies. I can’t wait to share it with the world.”

Crooked Media co-founder Tommy Vietor added, “We know that the CIA covertly sponsored cultural events during the ’50s and ’60s. They paid to film George Orwell’s 1984 and Animal Farm. They sponsored a European tour for the Boston Symphony Orchestra. Why not help a German rock band write a power ballad to shred the iron curtain? And while the CIA closely guards its secrets, Patrick is one of the best investigative journalists and writers of his generation, and no one is better positioned to find out the truth.”

“Wind of Change” was written by lead singer Klaus Meine during their visit to the USSR and the song was released following a failed coup which resulted to the collapse of the Soviet Union.