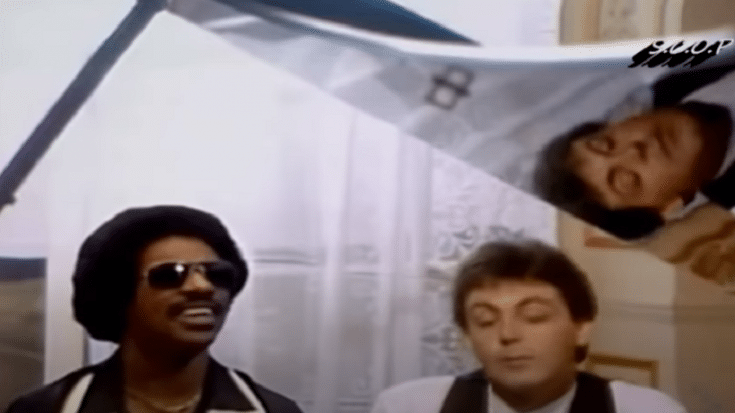 On March 29, 1982, Paul McCartney and Stevie Wonder released the single “Ebony and Ivory.” Featured on McCartney’s third solo studio album “Tug of War,” it tackled racial equality issues but uses the metaphor of the black and white piano keys. On May of the same year, “Ebony and Ivory” dominated the US Billboard Hot 100 and stayed on the top spot for 7 weeks.

It became the longest-running chart-topper for Wonder and also for McCartney, compared to the rest of his post-Beatles work.

McCartney wrote it and initially intended to record it solo but he suddenly got the idea of doing a duet with Wonder, instead. He sent Wonder a demo and the latter immediately agreed to the collaboration. It was produced by Beatles producer George Martin.

He also explained, “When I wrote the song, I thought ‘Maybe we don’t need to keep talking about black and white. Maybe the problem is solved.’ Maybe I missed the boat — maybe it should have been written in the ’60s, this song. But after I’d written and recorded it, you look around and there’s still tension.”

Check out the music video below which they recorded separately because of conflicting schedules.