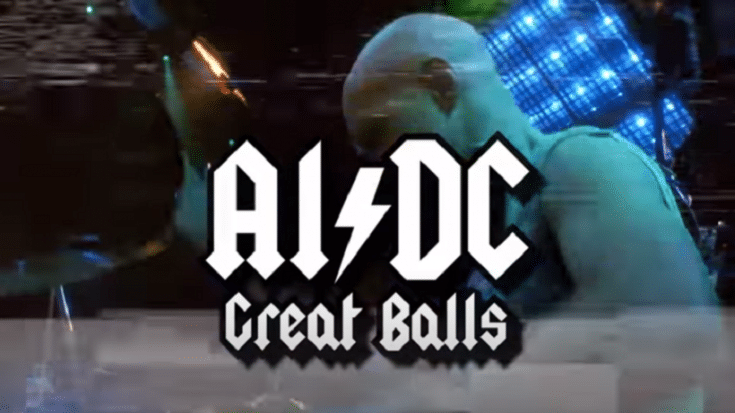 Technology has come a long way, that’s for sure. Nowadays, anyone can make music anywhere – even in the comfort of their own homes. There are robots that could play the drums, guitars, etc. And now, there’s one that could compose songs.

Thanks to Artificial Intelligence, it seems like writing songs wouldn’t be so hard anymore. The lyrics may not make a lot of sense but at the very least, it could help songwriters when they’re on a slump. YouTube user Funk Turkey made use of an AI to make a new AC/DC song called “Great Balls.” And in case you’re wondering, yes it actually rocks.

According to him, “Using lyrics.rip to scrape the Genius Lyrics Database, I made a Markov Chain write AC/DC lyrics.” The Markov Chain, an AI, composes new music using predictive algorithms.

And after listening to it below, you might wonder why dogs, women, and balls were mentioned way too many times. Funk Turkey said, “Plugging AC/DC in to the AI to generate lyrics and I almost choked from laughing too much. The AC/DC Markov Chain is obsessed with balls, women, guns, dogs and bones.”

He’s also made a Nickelback song and is currently accepting requests and suggestions.