Sting Vows To Return To Rock On Upcoming Album 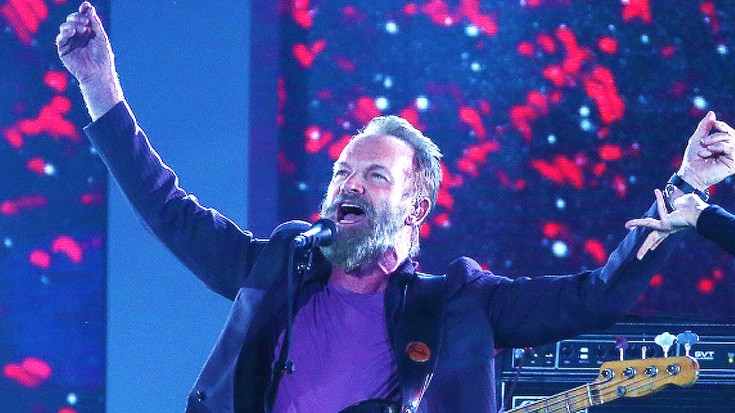 Sting has announced that he is back in the studio, recording his 12th solo album. The album will be Sting’s first since 2013, and the artist has said in recent interviews that he is making the return to rock music. The album, titled 57th and 9th, is being produced by Martin Kierszenbaum. Keirszenbaum compared his recent studio work to the music Sting made with The Police, mentioning that every song on the new record was done almost impulsively in one, or two takes. Sting and his band’s approach on the new album was to not bring anything to the table. Rather, they decided on a process of writing songs as they went along.

“It’s rockier than anything I’ve done in a while. This record is a sort of omnibus of everything that I do, but the flagship seems to be this energetic thing. I’m very happy to put up the mast and see how it goes.”- Sting said.

After a brief reunion tour with the Police from 2007-08, Sting decided to get back into the studio with a select band. They ended up releasing 3 albums from 2009-13, which hit genres like Christmas songs, Broadway-like theater songs, and symphonic orchestral work. Now, Sting claims he is returning to his rock n roll roots that launched his career in the first place. The album title is a reference to the intersection that Sting crosses each day to get to the studio in New York City. There is no set release date for the album yet, but we’ll definitely keep an eye out! Sting is currently co-headlining a tour with Peter Gabriel.

Check out the video of Sting performing on Jimmy Kimmel Live last night!