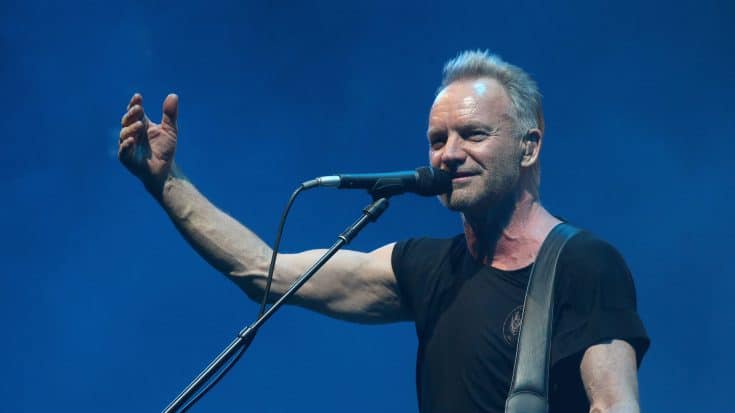 ARLINGTON, TEXAS - MAY 12: Sting performs in concert during day three of KAABOO Texas at AT&T Stadium on May 12, 2019 in Arlington, Texas. (Photo by Gary Miller/Getty Images)

The deal is estimated to be worth around $300 million, which includes Sting’s solo works as well as those he penned for the rock band The Police that in a total of 600 songs, including classic hits “If I Ever Lose My Faith in You,” “Fields of Gold,” “Every Breath You Take,” “Every Little Thing She Does Is Magic,” “Roxanne,” “Shape of My Heart,” and “Message in a Bottle.”

Sting said in a news release:

“I am delighted to have Jody (referring to UMPG CEO Jody Gerson) and the team at UMPG curate and manage my song catalog.

“It is absolutely essential to me that my career’s body of work have a home where it is valued and respected. Not only to connect with longtime fans in new ways but also to introduce my songs to new audiences, musicians and generations.

“Throughout my career, I have enjoyed a long and successful relationship with UMG as my label partner… so it felt natural to unite everything in one trusted home, as I return to the studio, ready for the next chapter.”

UMG will now receive all future royalties on the copyrights of Sting’s entire music catalog.

UMPG chairman and CEO Jody Gerson said in a statement via Rolling Stone:

“So many memories from my youth are tied to the great songs written by Sting — whether it was first seeing the Police perform in Philadelphia or hearing his music on the radio or playing those albums until I wore them out.

“I could never have imagined that someday I would get to lead a company that will be the guardian of Sting’s remarkable songwriting legacy. Every one of us at UMPG looks forward to this work with a sense of honor, responsibility, and enormous excitement about what we can achieve for his music in the future.”