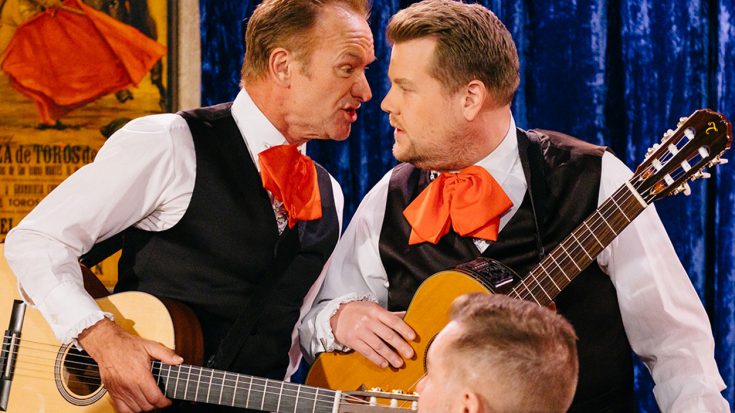 I Think We Know Who Won This Round

It’s been said that the only fair fight is the one you win and if that’s true, then we know who won the singing waiter showdown between James Corden and special guest Sting! In a fun little segment on The Late Late Show with James Corden aired earlier this week, Corden faces off against the Grammy Award winning singer-songwriter in a sketch that finds him playing a waiter trying to serenade his section of a restaurant with classic acoustic tunes, only to be drowned out by Sting, who interrupts with his own “Fields of Gold”.

If you thought it couldn’t possibly get more ridiculous, buckle up – you’re in for a wild ride as James and Sting engage in a battle of tit for tat, employing everything from double necked guitars, a one man band, a full band, all the way to a gospel choir and there may or may not be a saxophone solo involved. There’s no shortage of laughs as these two face off in battle of wits and songs before coming to an explosive ending that will make you laugh and hope that your next trip to Olive Garden is even half as exciting!