U2’s The Edge Plays A Crazy Guitar Part – But When He Turns Off His Guitar Pedals, It’s A Shocking Difference! 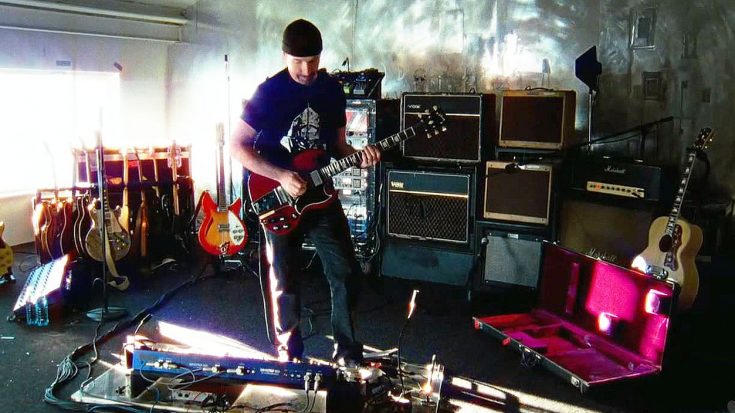 It’s All An Illusion!

Guitar technology is truly the most advanced it’s ever been. Nowadays, you fit an entire rig onto your cell phone. You can achieve sounds and affects with the push of one button that you probably couldn’t’ve even dreamed of back in the day.

Not all guitarists use this advanced technology, but the majority of guitarists these days do. Even the guitarists that started their careers before these technological advances are now making the jump to the new age. One such guitarist is U2’s The Edge.

The Edge now uses a great deal of different effects and amplifier simulators as a part of his everyday rig. Though his rig is much different from it was when he started, he still sound every bit as awesome. The thing is, you’d be surprised just how much of an impact his gear makes on his sound. In one such case in this video he demonstrates one of his riffs with all of his gear on, and then again with all of it off. The difference is shocking! Don’t believe me? See for yourself!