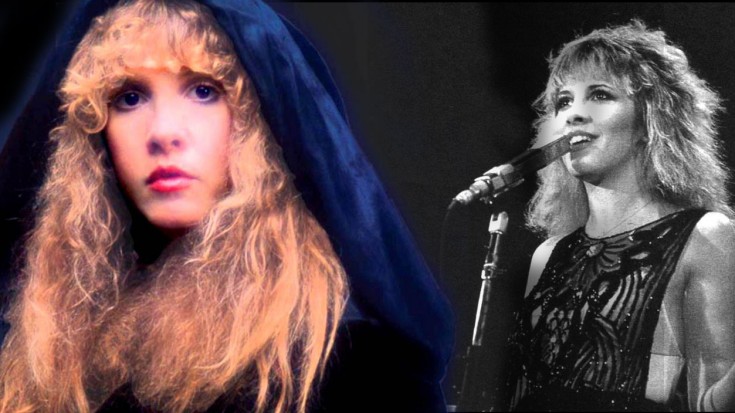 Just Her and a Piano

Although we are entirely fond of Fleetwood’s released “Sisters of the Moon” on the Tusk album, (especially during the ’82 Mirage tour encore) Stevie’s original version including just her self and the piano makes us tremble…

Fun Fact: This song is rumored to represent the frail, weak and fading self that Stevie saw in the mirror while touring with Fleetwood Mac.

You can tell that this was Stevie’s first pitch to Lindsey, Mick, Christine and John as Stevie speaks “Okay, it’s called ‘Sisters of the Moon’…” and it is rumored under Mick’s autobiography that Stevie wrote this song earlier in the band’s glory on tour.

The haunting lyrics of this mysterious ballad, represent a somewhat siren- like figure tempting a young girl to join a sisterhood united under the lighting of the moon.

“And black moons in those eyes of hers, made more sense to me. Heavy persuasion, it was hard to breathe.”

We love hearing Stevie sitting alone at a piano because there is nothing better. Just a beautifully haunted melody with the passion of that voice is enough for us to die happy.

+ Sisters of the Moon Lyrics +

Intense silence
As she walked in the room
Her black robes trailing
Sister of the moon
And a black widow spider makes
More sound than she
And black moons in those eyes of hers
Made more sense to me
Heavy persuasion
It was hard to breathe
She was dark at the top of the stairs
And she called to me
And so I followed
As friends often do
I cared not for love, nor money
I think she knew
The people, they love her
And still they are the most cruel
She asked me
Be my sister, sister of the moon
Some call her sister of the moon
Some say illusions are her game
Wrap her in velvet
Does anyone, ah, know her name
So we make our choices
When there is no choice
And we listen to their voices
Ignoring our own voice