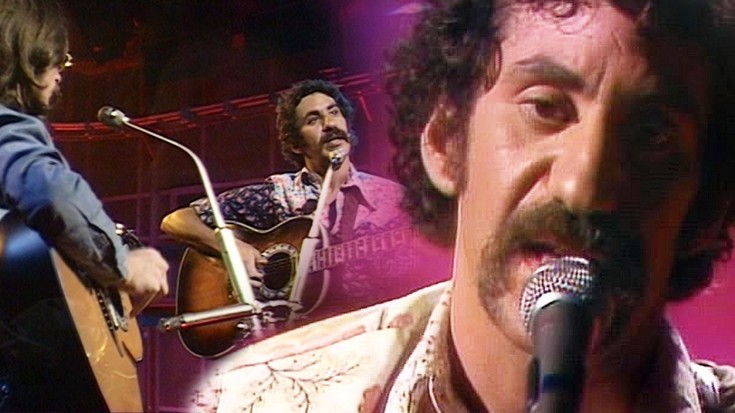 In June 1973, Jim Croce gave what would be one of his final performances before his September 1973 death in a plane crash at the age of 30. He appeared on The Midnight Special for an incredibly special performance of ‘I Got A Name’ that still stands the test of time and drives home exactly how talented this young man was and how much he accomplished in such a relatively short amount of time.

His guitarist’s transition from solo to the bridge is remarkably smooth for a live performance; he always added that extra something that made Jim’s songs that much more special!

‘I Got A Name’ is about his father’s dream for him and dying before seeing his son’s first real success.

Jim is absolutely unstoppable in this performance; it’s one of only three recorded performances of this particular song, and the sheer pride coloring Jim Croce’s voice is a stark reminder that no matter where he went in life, if he lost everything else, he’d always have his name and the dreams his father had for him.