Axl Rose And Slash: Reunited And It Feels SO Good! 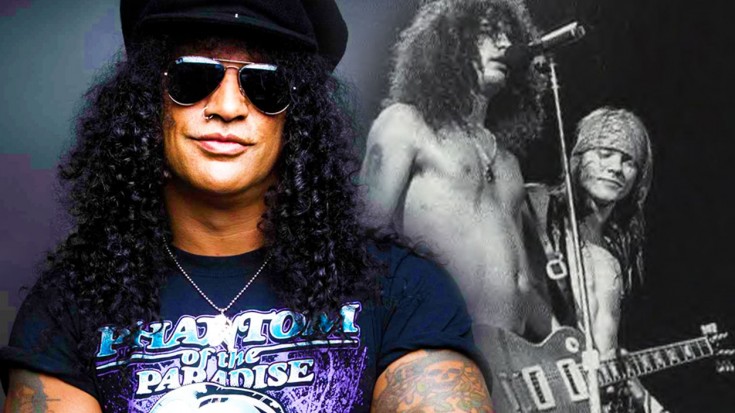 “It Was Probably Way Overdue.”

We never thought we’d live to see the day, but Axl Rose and Slash are friends again after their decades long feud and honestly – I think Guns N’ Roses fans are more excited than these two rock legends! The friendship comes hot on the heels of an extended period of silence from Axl, followed by the departure of both guitarists DJ Ashba and Ron “Bumblefoot” Thal of Guns N’ Roses last month (within the same week, no less!).

Slash broke the news a few days ago, quietly confirming that he and Axl had, in fact, managed to “dispel some of that negative stuff that was going on for so long.”.

With the recent staff changes in the Guns N’ Roses camp, it’s worth wondering: is a proper Guns N’ Roses reunion in the cards for 2016? Is that why Axl’s been virtually radio silence for nearly a year, and furthermore, why the band seems to be all but defunct these days?

Slash is quick to quash any rumors of a possible GNR reunion, saying, “Oh, I couldn’t answer that one, though, let’s get off the subject, ’cause, you know, that’s an old one.”

Hm, we’ll just see about that, Slash! Check out this throwback to Guns N’ Roses’ Use Your Illusion tour, and here’s to renewed hope that we’ll get to see the boys at least one last time – and soon!