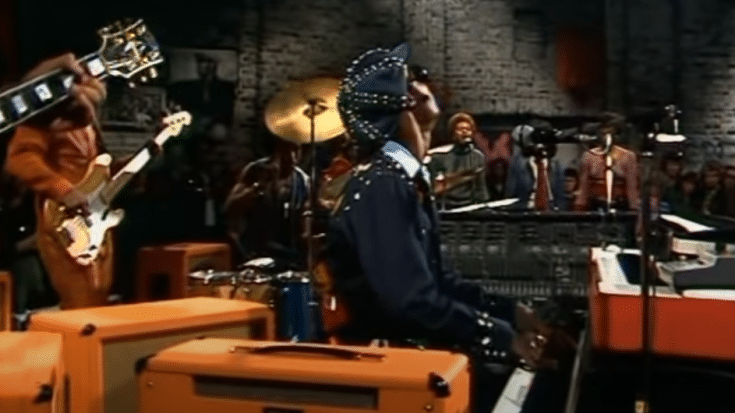 Stevie Wonder performed live on a German music TV show Musikladen or formerly called The Beat Club. He kicked off his set with an improvised jam and wrapped it up with “Superstition”. One of the songs he played was “Living For The City” and it’s nothing short of spectacular. From Wonder’s vocals to his band’s musicianship, it’s the definition of a perfect performance.

This is pretty much why he’s a legend.

“Living for the City” is a single from Wonder’s 1973 album Innervisions. For the studio recording, he played all the instruments. The lyrics tell the story of a young black man who moved from Mississippi to New York City where he experienced discrimination and was framed for a crime he didn’t commit. He was arrested and sentenced to ten years in prison.

Speaking about the messages in his songs, Wonder explained: “I think the deepest I really got into how I feel about the way things are was in ‘Living For The City.’ I was able to show the hurt and the anger. You still have that same mother that scrubs the floors for many, she’s still doing it. Now what is that about? And that father who works some days for 14 hours. That’s still happening.”