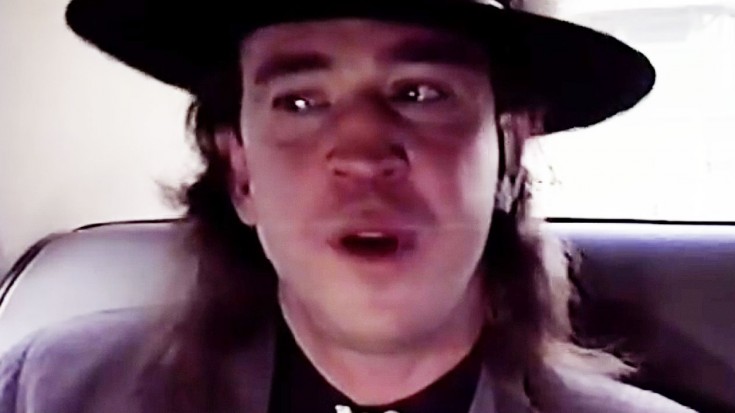 In this extremely rare interview done by MTV in 1989, Stevie Ray Vaughan shares insight into his life at the time, the addiction he struggled with and even working with David Bowie on the Let’s Dance album. Anyone that is a fan of SRV will marvel over this rare footage as it is some of the most vulnerable film we have seen of the lost blues legend.

Discussing the importance of seeking help for all addiction, not just his own, Stevie gives a deeper insight into why he started drugs in the first place and his found secret to overcoming awful and even life threatening obstacles that addiction can create for us all. Stevie was always a huge supporter of family, community and love, sharing his many emotions on stage thousands of times, but this is the most personal we have seen Stevie discuss his own struggles by far.

“I finally had resigned to the fact that I may be or more than likely would be stuck in rut of drugs and alcohol for the rest of my life. I didn’t realize that that probably meant a very short life, but I could not quit. I was serious, serious into the grip of it you know…” – SRV

Knowing who Stevie was before drugs and alcohol really meant knowing Stevie overall, not the corrupted, confused version he invented over the years and this interview just gives us a sliver of the truly amazing person he was, not just on stage but off of it as well.  Although it is hard to say for sure when this interview took place, we believe that it was filmed just one year before Stevie boarded that helicopter… RIP legend.

We miss you every single day but we still hear you through your timeless music.