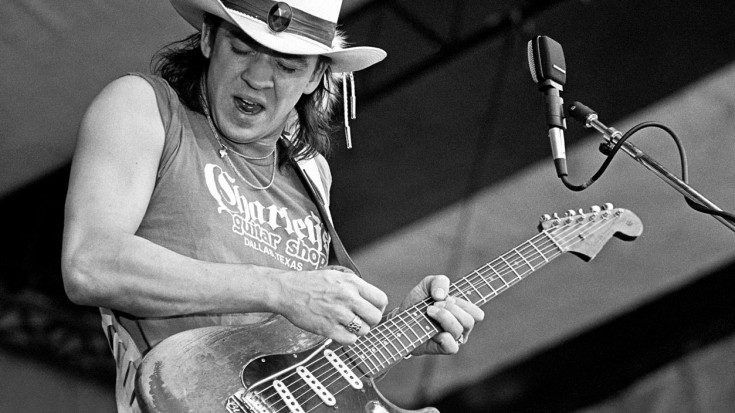 One of the best things about Stevie Ray Vaughan was the fact that as an artist, what you saw was what you got; the same all-star performance you saw onstage was the same one you’d get on his studio recordings, never once sacrificing quality and creativity for another album or concert ticket sold. His iconic “Rude Mood” – a take off of Lightnin’ Hopkins’ “Hopkins Sky Hop” is proof of that, and this isolated studio recording features nearly 5 minutes of guitar playing that’s been described as equal parts finesse and brutal force, defining his status as one of the most influential blues guitarists of all time.

Fun Fact: There are versions where Stevie uses a 12-string acoustic guitar instead of his Stratocaster, while sometimes also taking it notably faster or slower than the recorded studio version.

Stevie’s guitar playing on “Rude Mood” is second to none; while his contributions to the music world were many, it’s this isolated guitar track that reminds us exactly what he was capable of with a guitar in his hands!