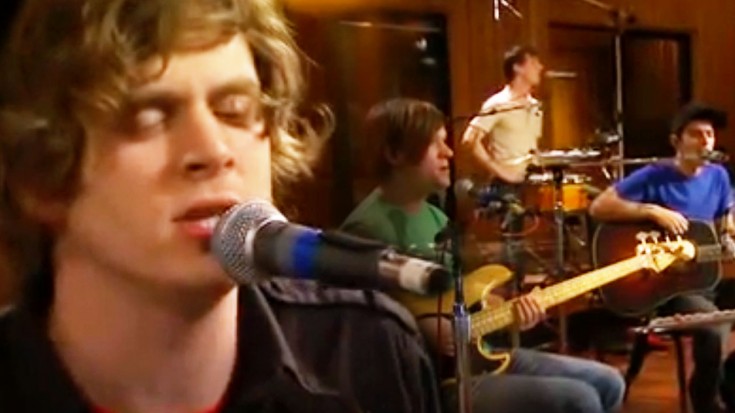 In an attempt to change it up from their normal fast-paced Christian punk/pop-rock beats, Relient K take it down a notch for this breathtaking acoustic version of “I So Hate Consequences.” Performing live from Capitol Studios, this incredibly talented band wows with a flawless 5 part harmony in the beginning of the song that will blow you away.

“We were hoping our fans were willing to grow up a bit with us. We took a bit of a chance with this record, honestly.” – Matt Thiessen

In 2005, Mmhmm was certified Gold by the RIAA for sales in excess of 500,000 units in the United States and has sold over 800,000 copies in the United States with the mainstream hits being “Who I Am Hates Who I’ve Been” and, of course, “Be My Escape.” Written by lead singer Matt, the track fits the usual theme of regret, although the last verse of the song is missing in this particular performance.

Not only is it rare to see all artists in a group singing, but with harmonies like these? We honestly may not have seen this since the Eagles! Relient K proves in this performance that not only are they talented, but perfectionists inside and outside of the studio.