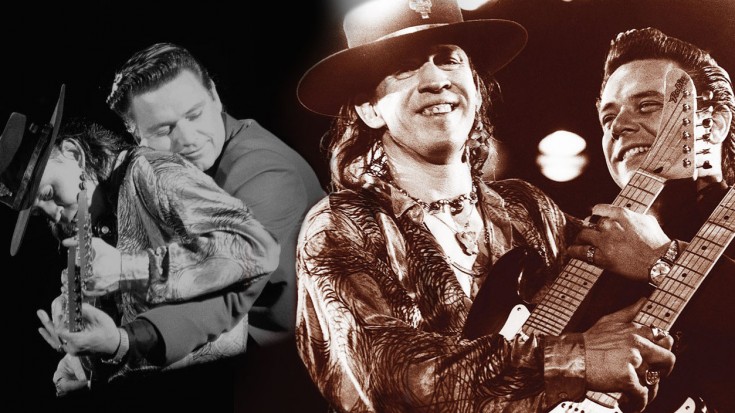 Originally recorded by The Chantays in 1962, ‘Pipeline’ became a classic hit and was eventually covered by a multitude of musicians including Stevie Ray Vaughan and Jimmie Vaughan.

In this particular video which was taken during Stevie Ray Vaughan’s live performance at The New Orleans Jazz and Heritage Festival on February 28, 1987, he plays alongside his brother Jimmie on the same doubleneck guitar which is absolutely mind-blowing! They definitely wowed the crowd with their excellent shredding and extraordinary guitar skills. This was a classic Stevie Ray Vaughan style but something that will always impress the audience. What a heart-stopping performance by two extremely talented guitarists with such deep passion for music!