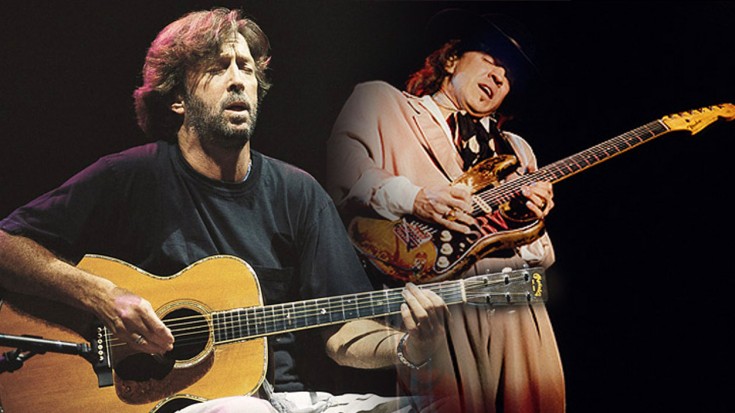 A night of MAGIC with Stevie Ray Vaughan!

Stevie Ray Vaughan shares stage with those whom he inspired and was inspired by. Being able to have the chance to see our heroes perform live together and experience the same chills the live audience felt that night is absolutely magical, inspiring, and mind-blowing.

“Sweet Home Chicago” is a blues standard first recorded by Robert Johnson in 1937. “Although he is often credited as the songwriter, several songs have been identified as precedents. The song has become a popular anthem for the city of Chicago despite ambiguity in Johnson’s original lyrics. Numerous artists have interpreted the song in a variety of styles.”

(Vaughan performed the song with his brother Jimmie, Robert Cray, Guy, and Clapton, at his final performance at Alpine Valley Music Theatre before being killed in a helicopter crash later that night). Check out this amazing performance of the greatest blues musicians there ever were!

Oh my days are so long, babe, you know my nights are lonesome too
I can’t find my honey dripper, Lord I don’t know what to do

If anybody don’t believe I’ve got a Red Cross man
Go out in my back yard to get my Red Cross can
Oh, baby don’t don’t you want to go, go with me and my man down to the Red Cross Store