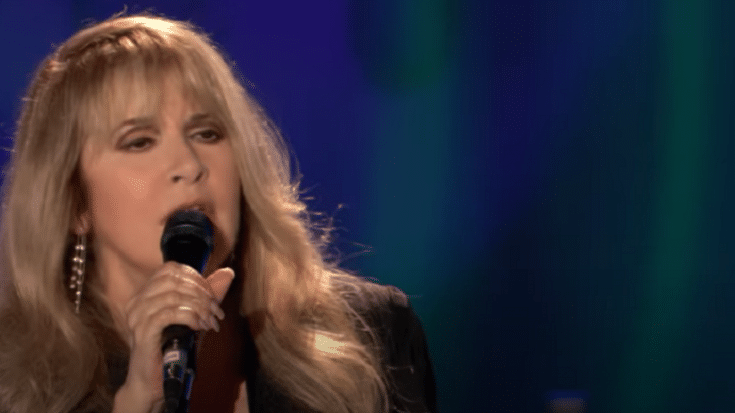 It Wasn’t Just Any Other Studio

Stevie Nicks is a prolific songwriter – penning several classic hits during her time with Fleetwood Mac and as a solo artist. But perhaps her crowning achievement is one of her most enduring songs – “Dreams” which recently experienced a resurgence in popularity thanks to a viral TikTok video by Nathan Apodaca. With over 60 million views since it was uploaded in late September, it shows Apodaca in a hoodie skateboarding down the road while drinking from a large bottle of Ocean Spray cran-raspberry juice and singing along to “Dreams”.

Because of that single clip, “Dreams” and the album “Rumours” shot up back to the top of the charts over four decades after their first release.

And now, in a new interview with Yahoo Entertainment, Stevie Nicks looks back at the whole songwriting process.

She recalls, “When we recorded “Dreams,” we were up at the Record Plant in San Francisco and were almost done with the 12 demos. Everybody was working on something else in the main studio, and I had this idea. I was kind of wandering around the studio, looking for somewhere where I could curl up with my Fender Rhodes and my lyrics and a little cassette tape recorder.”

So he led her down the hallway, opened the door to a “full-on studio that none of us ever knew existed in this building — and we’d been there for like three months!” It was “a big studio with a sunken circular shape, actually like a lighthouse, like a circle, and there’s keyboards all around, a bunch of keyboards that went down this tunnel kind of thing. And then over to the side was this big half-moon circular bed with all black and red velvet. It sounds a little garish, but it was actually beautiful.”

Then: “And I said, “What is this?” And he said, “This is Sly Stone’s studio.” And I’m like, “Are you kidding me? The Sly Stone? He wouldn’t care that I was in here?” And he goes, “I don’t think he’d care. He gave me the key. So you can stay in here as long as you want.” So I got up on that bed and sat there and just kind of vibed out for 15 or 20 minutes, and then I just started playing — and I started playing “Dreams.” And within about 20 minutes, it was written and recorded — I mean, super-simply, but nevertheless, I thought, “Thank you, Sly Stone and the spirits of Sly Stone and all of your band.””

After she completed the song, she went back into the Fleetwood Mac studio and told her bandmates, ““Listen up, everybody. I think I have something that you want to hear.” I played them a little recording of “Dreams,” and we recorded that song that night.”

Nathan Apodaca’s TikTok clip started the whole “Dreams” craze and Fleetwood Mac members are more than happy to jump on the bandwagon – Mick Fleetwood recreated the whole video while Stevie Nicks is shown tying up her roller skates and singing along. Lindsey Buckingham also joined the challenge.