Stevie Nicks Stops Concert To Give An Inspirational Speech That No One Saw Coming! 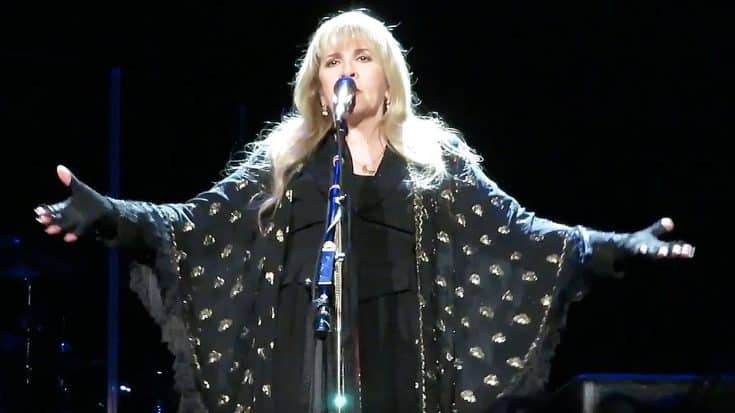 Wise Words From The Queen!

As if I really needed to convince you of just how amazing Stevie Nicks is. You’ve heard us say it only a billion times, but it’s always worth mentioning. Stevie Nicks truly is one of the greatest carbon-based lifeforms we have on this planet. Her singing and beauty are the stuff of legend and she is regarded as one of the most iconic and influential rock singers of all time. She is often imitated, yet never duplicated. She is one of the best, pure and simple.

Stevie Nicks has been through it all. Over the years she has gained valuable wisdom and experience and each night at one of her shows it shows with her amazing spoken words. One such time took place in just one week ago in Newark, NJ!

What you’re about to watch is a video in which the aforementioned Stevie Nicks is performing at the Prudential Center in Newark, NJ. Halfway through the show Stevie Nicks stops her concert to give a touching motivational speech. To put it simply, in just 3 minutes Stevie Nicks will motivate you to take on the world! Don’t believe me? See for yourself!