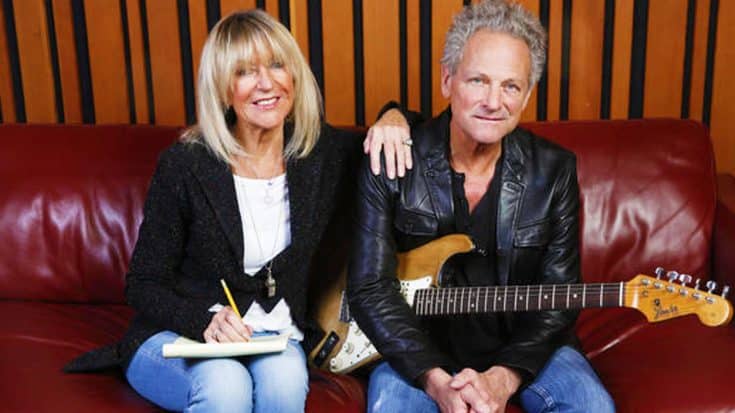 Although Fleetwood Mac fans might be disappointed that the band will not be working with Stevie Nicks on their next album, they have something to look forward to after today! We’ve known for a wile that Lindsey Buckingham and Christine McVie have been working with each other, and today they made some big announcements in regards to their collaboration!

Today, McVie and Buckingham dropped the news that they will be releasing a new song later this week, and released their full tour schedule for this summer! The two made the announcement via a press release, which detailed both pieces of news.

“We were exploring a creative process, and the identity of the project took on a life organically. The body of work felt like it was meant to be a duet album. We acknowledged that to each other on many occasions, and said to ourselves, ‘what took us so long?“- Buckingham said.
“We’ve always written well together, Lindsey and I. This has just spiraled into something really amazing that we’ve done between us.“- McVie added.

The new song, titled “In My World,” is set to be released this Friday, April 14th. Their new album, Lindsey Buckingham/Christine McVie has yet to get a release date, but we’re expecting later this year.

You can check out the tour dates down below, as well as the upcoming album’s track list!