It’s Official: Steve Perry’s Back, And He’s Bringing A Brand New Album With Him 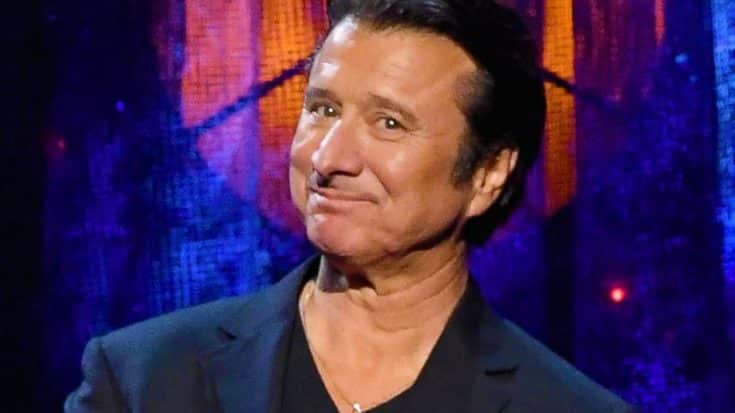 Last Friday’s Rock and Roll Hall of Fame induction ceremony marked the first time in 20 years that former Journey vocalist Steve Perry appeared onstage with his former bandmates. While he ultimately opted out of the chance to perform with Journey, Steve made up for it in spades with the surprise announcement shortly after the ceremony that he’s been hard at work on the long awaited follow-up to 1994’s For the Love of Strange Medicine and upped the ante with news that the album is slated for a late 2017 release.

Calling it an ’emotional’ and ‘cathartic’ project centered around the loss of a loved one, Perry’s yet to be named third solo album forces the singer-songwriter to delve into the pain of losing his longtime girlfriend and love of his life Kellie Nash to an aggressive form of breast cancer in 2012; with a handful of songs written shortly before they met and some during Kellie’s battle, Steve finally worked up the courage to step back into the studio last year and his upcoming album came to life.

“I met someone and I fell in love with this person,” he explains. “And I lost this person to breast cancer four years ago. In the midst of that, I had written some songs, and before I met her I had sketched some. And so about a year ago, I started recording.

It’s been a real cathartic experience going back to that emotional place that I thought I would never go back to.”

It’s incredibly brave of Steve to not just channel his pain into something beautiful, but to find the courage to share it with the rest of us eagerly awaiting his return to music. From what we can tell and based on the anticipated release date occurring sometime later this year, Steve’s new album should be just about done and though he can’t quite give us more details than that just yet, he does promise this: “We really have been doing our very best to capture what I think are some timeless songs.”