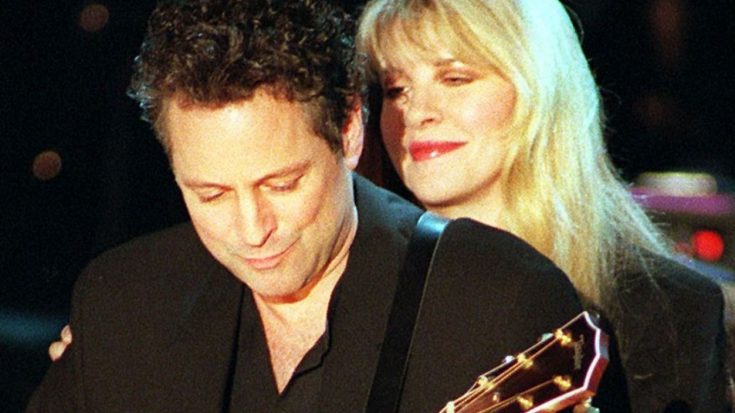 I can’t imagine speaking to most of my ex love interests, let alone working with them for the better part of 40 years after we split but somehow, Fleetwood Mac’s Stevie Nicks and Lindsey Buckingham not only make it work, but make it work beautifully. Their lives may have taken them down two separate paths but music always seems to bring this duo back together and to our great delight, they’re no stranger to stopping by each other’s solo gigs for a quick song as we were reminded in 2007 when Lindsey enlisted Stevie’s help for a performance of “Never Going Back Again”.

One of the many songs born after the breakup, “Never Going Back Again” is one man’s recollection of a rebound relationship with another woman and his desire to not repeat previous mistakes. Lindsey looks back and regards it as a ‘sweet and naive song’ and ‘doesn’t consider the lyrics to be very deep’ but when performed alongside Stevie Nicks, never breaking eye contact with his former love “Never Going Back Again” turns into 4 decades’ worth of unspoken apologies – as if Lindsey is desperately trying to explain himself and will Stevie to understand and Stevie, as always, understands and forgives.

Impossible to play and even more difficult to forget, “Never Going Back Again” is never more beautiful than when Stevie and Lindsey team up and this performance is no exception;  even if they never end up together again, at least we’ll still have their chemistry and the memory of what once was!