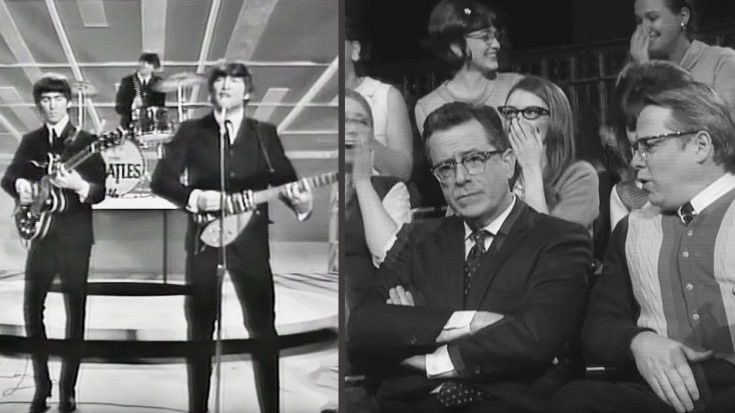 This Is Just Too Funny!

In 1964, The Beatles were invited to perform on The Ed Sullivan Show. It’s safe to say that no one expected anything from it, but after the performance The Beatles were launched to a level of superstardom that hasn’t been matched since. They became one of the (if not THE) most popular musical acts literally ever. That’s not even an exaggeration. They are one of the biggest parts of American pop culture which is damn impressive given that they’re a British band, but anyway, I’m getting ahead of myself here.

Yep, apparently they were present at this monumental performance, and what you’re about to watch is a video that proves it!