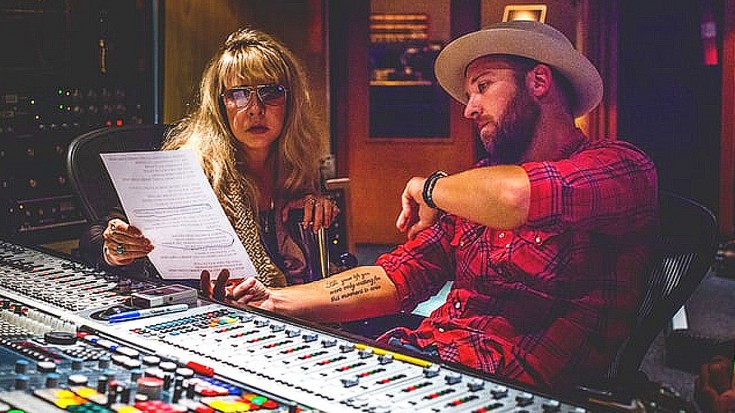 3 decades after Tom Petty recorded “Southern Accents” at the Village Studios in Los Angeles, his longtime friend and sometimes songwriting partner Stevie Nicks found herself in the exact same studio space, recording the exact same song – but with a twist. Originally recorded as a demo by Charles Kelley of rising country stars Lady Antebellum, “Southern Accents” became a Kelley/Nicks duet when Stevie Nicks heard the song’s early cut and was instantly inspired enough to want to cut a final version with Charles, who was elated to have rock’s fairy godmother in the studio.

Fun Fact: The Village Studios was also home to Fleetwood Mac’s 1979 album Tusk – the most expensive album ever recorded at that time.

With Charles taking the lead on the first half of the song and Stevie dominating the second half with quiet strength, “Southern Accents” can only be described as a moving experience; its theme of taking pride in who you are and where you came from is one that Charles, whose own Southern roots echo the song’s sentiments and Stevie, whose humble beginnings gave way to one of the greatest careers in rock can no doubt identify with. Whether you’re a fan of country music or the biggest Fleetwood Mac fan in the world, this take on “Southern Accents” is one of the most gorgeous things we’ve heard in a while and definitely worth a listen – check it out in the audio below and let us know what you think!