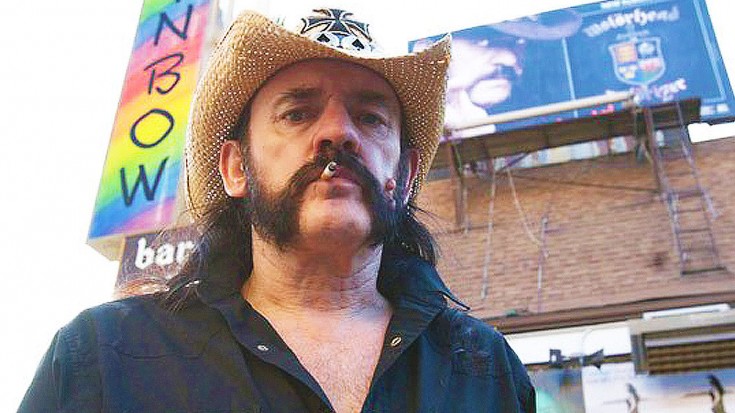 It’s been almost eight months since the rock n’ roll world lost Motörhead’s Ian “Lemmy” Kilmister. Luckily, Lemmy will live on forever in front of one of his favorite hang-out spots in Los Angeles, CA. Next month, the Rainbow Bar & Grill on Sunset Boulevard will unveil a 6-ft bronze statue of Lemmy that will remain on the restaurant’s property forever. The event is free and open to the public on Aug. 24th at 7pm.

The creator of the statue is LA based artist Travis Moore. The sculpture is expected to be an accurate and realistic depiction of Lemmy. Moore’s project was crowdfunded with the proceeds going toward the purchase of materials and production. In addition, he will be donating the leftover funds to cancer research. Moore sculpted an 18 inch figurine of Lemmy prior to the 6-ft tall statue, in order to get the most accurate depiction possible.

Lemmy passed away Dec. 28th, 2015 from prostate cancer at the age of 70. In his later part of life, he suffered from diabetes and hypertension, and lived in an apartment 2 blocks away from the Rainbow Bar & Grill. Lemmy was a regular patron at the bar, with his favorite drink being a Jack and Coke. The bar had a celebration of life following his passing in December. It’s only appropriate they erect a statue of him in a place he loved.

Below is info regarding the event, as well as a video of Moore talking about designing the statue. 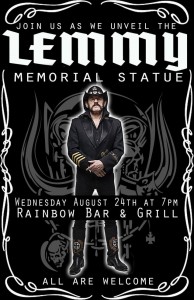