Stevie Nicks Dedicates “Landslide” To Her Parents, And Doesn’t Leave A Single Dry Eye In The House 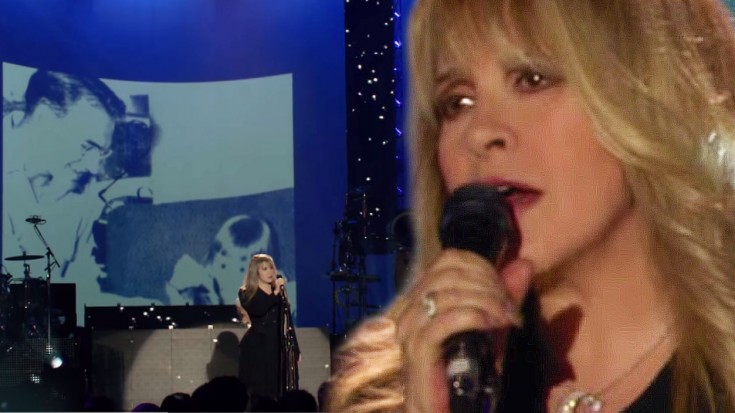 Fleetwood Mac’s Stevie Nicks is one of classic rock’s more elusive figures; she tends to shroud herself in mystery, choosing to cloak her lyrics in imagery and metaphors and so when she opens up about her life before the fame, it’s quite a treat! In 2011, Stevie took the stage for a stunning, emotionally charged rendition of ‘Landslide’ that was unlike any other we’d ever seen from her before; she featured a slideshow behind her that featured photos of her as a child with the two people she loved the most – her parents.

While ‘Landslide’ isn’t specifically about her father, Stevie Nicks always says that it was always his favorite song she’d ever written.

Suddenly, this song that’s been hotly debated for decades is clear! In this stunning performance, the beautiful Stevie Nicks is looking back on her life as a woman in her 60’s, marveling at the things she’s survived and the journey she’s been on, celebrating the people that guided her and taking her lucky audience along for the ride.

Guys, this is definitely one of Stevie’s best performances of ‘Landslide’ – hands down. If the song in general doesn’t get you, then the emotionally charged look back on Stevie’s life will; it certainly got us!